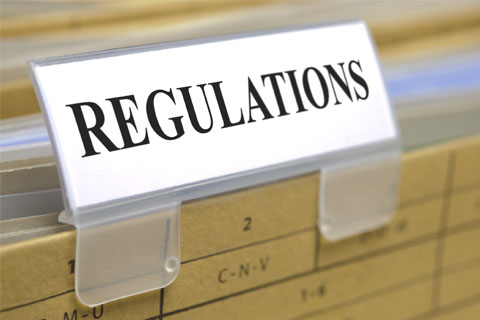 (Beijing) – The national market for the exchange of shares in non-publicly traded companies has tightened requirements for the listing of private equity funds, and the change will also affect funds that are already trading on it, according to a recent regulation.

Firms managing private equity funds applying for a listing must have been in operation for at least five years and completed at least one investment project, according to a statement posted by the National Equities Exchange and Quotations (NEEQ) on its website on May 27.

Companies that are already listed are given a one-year grace period to meet the standards before being de-listed, the announcement shows.

The NEEQ, better known as the New Third Board, released the requirements on the same day after China Securities Regulatory Commission (CSRC) said it would lift an embargo on these financial institutions.

It ordered NEEQ to stop approving PE funds to list or sell new shares on the board in late December, citing concerns that the capital they raised may not have been used to help the real economy, a loosely defined phrase used by the government to refer to businesses that produce tangible products and services as opposed to those that target only capital gains.

Investigations would be carried out to examine where and how PE funds listed on the board spent the capital they raised, two senior officials from the CSRC said in December. Regulators would check "whether (the funds) were invested in the real economy," one of them said.

In an effort to address these concerns, the new rules prohibit PE funds from investing the capital raised through the board to buy shares on the Shanghai and Shenzhen stock exchanges directly or through other securities investment arrangements.

The new requirements have left some PE funds in the lurch.

Tianxing Capital, established in June 2012, was given the green light by NEEQ to list just before the CSRC embargo put its listing on hold. There is no way the firm can meet the requirement to have a five-year track record before listing, even with the grace period, an industry analyst said.

"Tianxing will probably have its approval for listing revoked," he said. "If it wants to list on the Third Board, it will have to wait until it has been in operation for five years and apply again."

Several other listed PE fund firms also face challenges because the regulation requires them to earn at least 80 percent of their income from managing assets for clients rather than investing their own capital.

These fund managers include JD Capital, or Jiuding Capital Co.Ltd., which listed on NEEQ in 2013 and became the first company on the board to have a market capitalization of over 100 billion yuan last year. A little over 60 percent of its income in 2015 came from managing clients' assets, its financial statement shows.

Several projects managed by JD Capital may run into trouble with the new rules, because clients did not recover their investment in cash and were instead persuaded to continue holding shares in the firm they supported when it chose to list on NEEQ.

Fund managers have often resorted to this arrangement when the firm they backed could not go public or find a buyer immediately when the contract period for the investment ends, analysts said. Under the new regulation, however, these will not be considered completed projects.