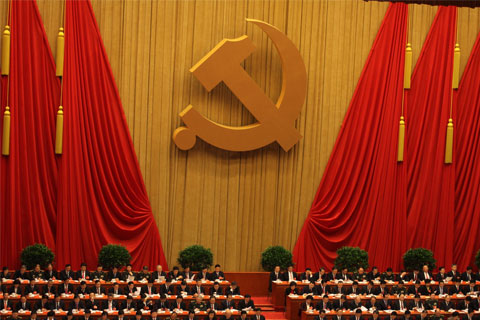 (Beijing) – The number of card holding members of the ruling Communist Party of China (CPC) reached almost 89 million, or around 6.5 percent of the country's population, in 2015, the party's annual report released on Thursday showed. But the annual growth rate in membership fell to 1.1 percent compared to 1.3 percent in 2014, it said.

The number of new recruits has declined for three consecutive years after Xi Jinping took on the reins of the party as its General Secretary in 2012.

The CPC, which marks the 95th anniversary since its founding in 1921, said on its official website that the slowdown follows the tightening of membership recruitment criteria, which was first put forward on a Politburo meeting in early 2013.

Xi has also applied austerity rules to the party cadre in his anti-graft campaign. At least 137 public officials have been investigated for corruption since the start of the campaign in late 2012, according to statements by the party's disciplinary body.