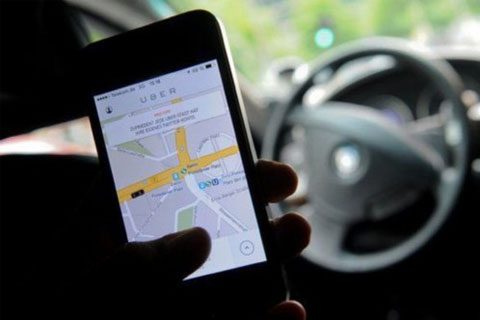 (Beijing) – China announced new rules in a move to legalize Internet-based ride-sharing services on July 28, lifting a cloud of regulatory uncertainty hanging over the future of Uber and its domestic rivals such as Didi Chuxing.

The long-awaited document jointly released by seven government departments sets out the legal framework within which online car-booking services can operate in the country.

The rules, which take effect on November 1, stipulate that car-hire firms need to station their computer servers on the mainland, share all data with transport authorities, sign labor contracts with drivers and provide insurance for cars and passengers.

Online car-hailing services have quickly grown in China, attracting billions of dollars from some of the world's largest tech companies such as Apple Inc. and Alibaba Group Holding Ltd.

But the emerging industry has gotten into sporadic clashes with traditional government-backed taxi companies whose drivers complain that ride-sharing services engage in unfair competition by giving hefty subsidies to drivers and steep discounts to customers to grab market share.

The tension between the two sides prompted policy makers to release a draft regulation in October, which, for example, required all vehicles booked through a car-hailing app to be registered for commercial use. Legal experts criticized the draft guidelines saying they could potentially stifle the industry.

Here's a detailed look at what the new rules entail.

What are the new rules governing ride-sharing app operators and drivers offering services on them?

Car-hailing services must apply for a business operation license and a transportation license from provincial and city governments, the rules said, and they will be able to apply for a specific driver's license on behalf of drivers who have a minimum of three years' driving experience and no criminal record.

These companies must also sign contracts with drivers and offer them motor insurance including third-party coverage to protect passengers, the rules said.

All the data collected by car-hailing companies should be stored in servers on the Chinese mainland and kept for at least two years.

Cars used to carry passengers must not be more than eight years old or have traveled more than 600,000 kilometers, the policy said.

How did ride-sharing companies react to the new rules?

In general, companies offering online-vehicle-booking services embraced the new policy, which Didi, the country's largest car-hailing platform by orders, referred to it as a "milestone."

The regulation "takes into consideration market demand, balances the development of old and new industries and addresses people's transportation needs," Didi said in a statement.

Uber, which is already operating in over 60 cities in China and plans to roll out its services in another 30 cities in the next few months, called the announcement "a welcome step in a country that has consistently shown itself to be forward-thinking when it comes to innovation," in a statement on the company's website.

How are the new regulations different from the October draft?

The new rules did not include the proposal in October that required all vehicles offering services on car-hailing platforms to obtain an individual commercial vehicle license.

While it has adopted the suggestion made in the draft that cars must be taken off the road after eight years, the policy relaxes the standard, allowing cars that haven't traveled 600,000 kilometers in eight years to continue to be used for other purposes. This adjustment will give part-time drivers more flexibility, market analysts said.

How will the rules influence the traditional taxi industry?

The new regulations classify private cars offering rides on car-hailing platforms as "Internet-booked taxies." Liu Xiaoming, Vice Minister of Transport, said at a news conference that the car-hailing sector aims to provide a "differentiated" service with better quality and not to directly compete with taxi drivers.

In recent years, taxi drivers have held strikes to urge government to crack down on private drivers offering rides via car-hire apps.  Some local governments have asked ride-share services to stop subsidizing their businesses.

Yang Guoping, president of state-owned Dazhong Transportation Group Co. Ltd. in Shanghai, said the new regulations on the car-share industry will have a limited negative impact on the taxi sector.

For example, Yang pointed out that local transport authorities will probably limit the number of transportation licenses that they will give out to car-hire firms, restricting their ability to expand quickly.

While the rules outline a legal framework, cities and provinces will decide on the details of how to implement them.

"We call for local authorities to adopt market-driven approaches that encourage innovation and new business models," Didi said in the statement.

The final rules also do not explicitly address whether car-hailing firms can continue to heavily subsidize drivers, but the policy stipulates that online car-hailing platforms "cannot hurt fair competition" by charging fares lower than their cost.

Moreover, it did not address questions such as whether cars licensed outside Beijing would be allowed to take fares in the city and if a driver can work for two platforms at the same time. Taxi drivers, however, can only offer rides within the city where they are registered.