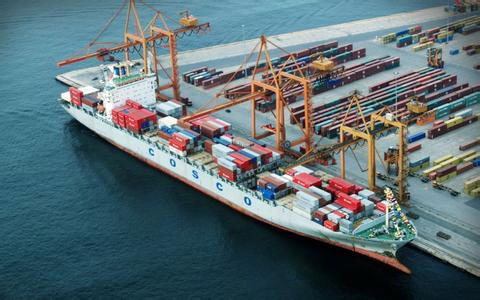 (Beijing) – COSCO Shipping Ports is tipped as a likely bidder to build and operate a terminal at the southern Spanish port of Algeciras, a person close to the shipping giant told Caixin on August 24.

Algeciras is Spain's biggest container port and oil importing dock, and handled 2.3 million 20-foot containers in the first half the year – a 13 percent year on year increase, the port authority said.

COSCO Shipping Ports Ltd. is the port operating arm of state-owned China COSCO Shipping Corp.,the world's fourth-largest container operator by capacity, according to international maritime news agency Alphaliner. Its recent overseas shopping spree includes buying two-thirds of Piraeus, the largest port in Greece, for US$ 409 million last August and upping the stakes in Euromax Terminal Rotterdam BV, a container terminal operator in the Netherlands, to become its largest shareholder in May.

The Algeciras Port Authority on August 1 issued a tender notice calling for bidders to build and operate – for 50 years – a third terminal, which covers an area of about 37 hectares. Contenders have until November 30 to present proposals, which must include plans to automate the facility.

Hong Kong-listed COSCO Shipping Ports, previously known as COSCO Pacific, reported lower-than-expected first half earnings on August 24 mainly due to a drop in income from Chinese ports. The company posted a net profit of US$ 172 million, down 8.1 percent year on year.