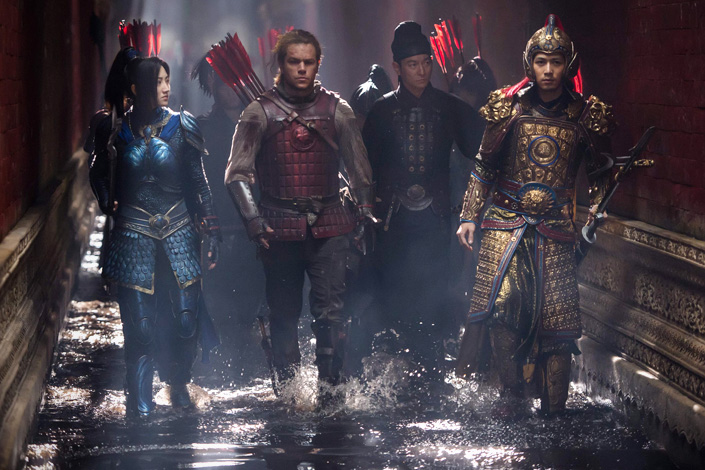 A scene from the movie The Great Wall features (from left) Jing Tian, Matt Damon, Andy Lau and Chen Xuedong. With a cost of $150 million, The Great Wall is the most expensive movie ever filmed in China. Photo: Visual China

(Beijing) — Contrary to popular belief, the Great Wall of China was built to resist attacks from bloodthirsty beasts, not barbarian invaders from the north — at least according to the film The Great Wall, the most expensive China-U.S. co-production to date, set to hit cinemas in China on Friday.