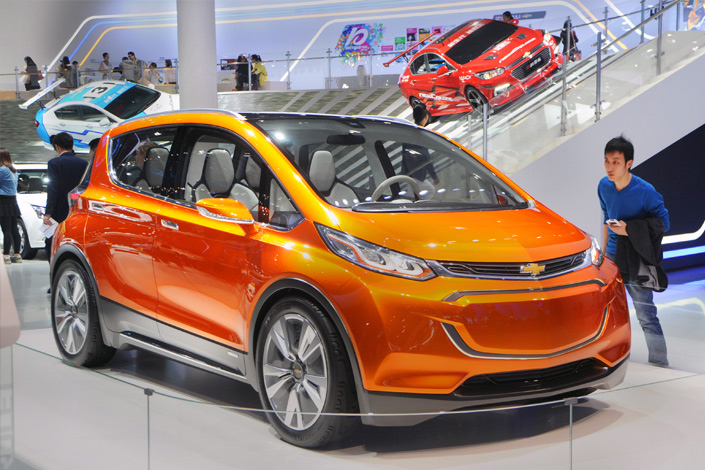 A Chevrolet Bolt EV concept car of Shanghai GM, a joint venture between SAIC Motor and General Motors, is on display during an auto show in Shanghai on April 22, 2015. Photo: IC

The Shanghai Price Bureau determined that Shanghai GM implemented a price floor for its dealers for certain models from its Chevrolet, Cadillac and Buick brands. The decision, announced late on Friday, said that Shanghai GM gave its local dealers pricing guidance for different models and recommended what kinds of discounts to give.

The decision affected cars with a combined sale price of about 5 billion yuan in 2015. The Shanghai Price Bureau determined its penalty by calculating 4% of that amount.

The announcement ended several weeks of speculation after an official from the National Development and Reform Commission (NDRC), China's state planner, said in mid-December that an unnamed U.S. joint venture automaker would be fined for anti-competitive behavior.

The fine makes the GM joint venture the latest to be fined in China for anti-competitive behavior. Other global automakers whose China joint ventures have faced similar fines over the past two years include Audi AG, Fiat Chrysler Automobiles Group, Volkswagen AG and Mercedes-Benz. Those fines, combined with similar actions against other big multinationals including chip maker Qualcomm Inc. and medical device and milk powder makers, have led some to accuse China of being biased against foreign firms.