Problems Remain in China’s Death-Penalty System Even After Reforms 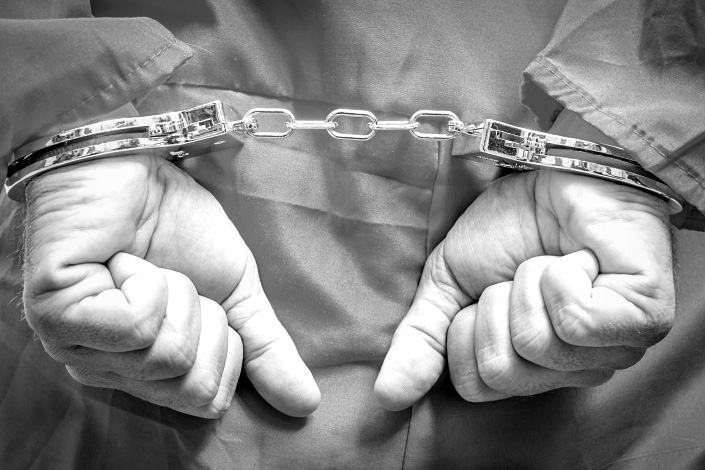 (Beijing) — Lai Changxing, the kingpin of a multibillion-dollar smuggling ring in the coastal city of Xiamen and once dubbed “China’s most-wanted fugitive” by state media, was given only a life sentence by a Chinese court in 2012, although more than a dozen of his accomplices had been executed by firing squad a decade earlier.

Lai's network smuggled products as diverse as cigarettes, cars, oil and textiles. But the 58-year-old was able to literally dodge a bullet after Chinese authorities agreed to drop the death sentence in his case after a 12-year-long extradition battle with Canada.

Critics say Lai’s sentencing highlights the uneven implementation of the death penalty, which is used by government-controlled courts as a means to deter crime — often at the expense of justice.

Amid mounting international pressure and rising public discontent at home over its widespread use of the death penalty, China’s top court has taken a series of steps to reform the system of capital punishment in the past decade.

Chinese academics estimate the number of death sentences handed down has dropped sharply since 2007, after the Supreme People’s Court took over the system of reviewing these verdicts that was earlier left in the hands of provincial-level courts. Yet legal reformists say more changes are needed to avoid possible wrongful convictions. They point out that the review happens behind closed doors, often without the presence of defense lawyers, and so are calling for open court-style hearings instead of allowing a small group of Supreme People’s Court judges to have the final say.

“The defense lawyer’s voice must be heard during these reviews because they can make or break a life,” said Zhang Qingsong, a founding partner at Beijing’s Shangquan Law Office.

Under the current system, a person who is sentenced to death by a local court can appeal the verdict to a high court at the provincial or regional level. A death sentence upheld by a high court is then referred to the Supreme People’s Court for review.

The public does not have access to information about the workings of this internal trial committee, which is composed of an unknown number of Supreme Court judges.

Once a death sentence is upheld, the president of the Supreme Court will issue an execution order that has to be carried out by a lower court within seven days.

But despite its lack of transparency, the current review process is a far cry from the system that existed before 2007.

China’s top legislature, the National People’s Congress, had decentralized the review system in the 1980s, allowing provincial and regional high courts to have a final say on cases involving capital punishment.

The move was part of the “strike hard” anti-crime campaign launched nationwide amid a noticeable uptick in serious felonies such as murder, rape, armed robberies and arson attacks in the earlier years of the country’s reform and opening-up.

During this period, judges — many of them former police officers or demobilized soldiers without legal training — were ordered by the Communist Party to be severe. They were often told to expedite trials or to give harsh punishments, well above those prescribed in the penal code, for the sake of “maintaining social order.”

The decision to decentralize reviews had eroded the credibility of the review system and the public no longer trusted it as the last resort to address potential miscarriages of justice, according to legal experts, including Li Hongjiang, a Supreme Court judge.

During this period, “the review system was made meaningless and toothless because a provincial or regional high court is unlikely to change a death sentence it had already upheld in a subsequent review,” Li wrote in 2007, in an article published by the People’s Judicature, a journal affiliated to the Supreme Court.

The string of death sentences overturned and pronounced as wrongful convictions in recent years were all reviewed and given the green light by provincial or regional courts in the 1980s and ’90s.

The latest example is the exoneration of Nie Shubin, 21, from Hebei province, who was executed after being convicted of the rape and murder of a young woman in 1995.

Nie was arrested, given a death sentence and hastily executed, largely based on evidence extracted via a forced confession when the “strike hard” campaign was in full force, court documents show.

But after an alleged serial rapist, arrested over a similar crime in the central province of Henan a decade later, confessed to killing the victim in Nie’s case, the previous verdict was put into doubt.

It took Nie’s family another 10 years to petition various judicial authorities and courts before a retrial was granted by the Supreme Court in June, and Nie’s name was cleared in early December 2016.

The Hebei Provincial People’s High Court, which upheld Nie’s death sentence during an appeal on April 25, 1995, was also in charge of the final review on the verdict. It gave the go-ahead to the execution in a review completed just two days after the appeal.

The number on death row in China is a closely guarded state secret. But the number of death sentences given out has dropped sharply after the Supreme Court took charge of all reviews in 2007, down from tens of thousands to several thousand, according to estimates by Chinese academics.

The number of executions each year has also declined from five-digit figures to a several thousand as a result.

The Chinese government had previously argued that the number on death row was small given China’s large population. But fewer than 40 people are sentenced to death every year in India, a country with a comparable population, according to Zhao Bingzhi, president of the College for Criminal Law Science at Beijing Normal University.

In 2016, 30 people were sentenced to death in the United States as of November, one-tenth of the 315 capital punishment verdicts in 1996, according to Washington-based rights group Death Penalty Information Center. There were only 20 executions in the U.S. in 2016.

China's widespread use of capital punishment remains a stumbling block when the country negotiates bilateral extradition treaties with many Western nations such as the U.S and Canada, where most Chinese fugitives are in hiding. This has hampered the anti-corruption campaign launched by President Xi Jinping in 2012.

Only a handful of developed nations, including Spain and France, are among the approximately 40 countries that have signed extradition treaties with China, government data showed.

Going Easy on the Noose

In addition to the decision to centralize the review process in 2007 by making the Supreme Court in Beijing the sole body to green light death sentences, the court also removed 22 crimes from the list of 68 capital offenses, including many white-collar financial crimes, in 2011 and 2014.

In a document the court released in August 2007, lower courts were also told to “exercise caution” when giving death sentences to people who have killed a spouse over a marital dispute or in confrontations with neighbors, if they have shown remorse and adequately compensated the other party.

This stealthy reform process has cut down the number of death sentences by half and even two-thirds in some regions, according to professor Chen Guangzhong at China University for Political Science and Law.

“We are now more cautious when imposing the death sentences as the Supreme Court has significantly tightened the review process,” said a president of an intermediate court in a western region who asked not to be named.

“Why should we bother if our applications for a death penalty won’t pass the reviews by the top court?”

Over 95% of the death sentences imposed since 2007 have been limited to those who committed serious crimes such as murder, drug trafficking and robberies that result in deaths, according to Zhao from Beijing Normal University, who also serves a director of criminal law research unit under the government-backed China Law Society.

China has also gradually changed the method of execution in most cases from firing squad to lethal injection. In 2015, the country dropped the controversial practice of harvesting organs from executed criminals for use in transplant operations.

But given the lack of official data on people on death row, the number of livers harvested served as an indicator of the number of executions in the country for several years.

The number of liver transplants, which primarily relied on organs harvested from executed inmates, dropped by one-third from 2006 to 1,822 in 2007 when the Supreme Court began to take charge of death sentence reviews, according to the China Liver Transplant Registry, an online liver transplant database backed by the Health Commission.

Despite the progress made over the last decade, the death penalty review system is still plagued by a lack of transparency, according to critics.

A search of China Judgment Online, a database affiliated with the Supreme Court, by Zhang Peng, a postgraduate student at the China University of Political Science and Law, found 320 cases between Jan.1, 2014, to Aug. 31, 2016, where review documents showed the Supreme Court had upheld the death penalty. But only 28 of the documents, or less than 9% of cases, said that a defense lawyer was involved in the final review.

Some academics said that it might be impossible to add another layer of court trials to replace the review system, but the Supreme Court can turn these reviews into open hearings, which allows for greater public scrutiny.

Correction: This article updates an earlier version that overstated the number of death sentences in China before 2007.