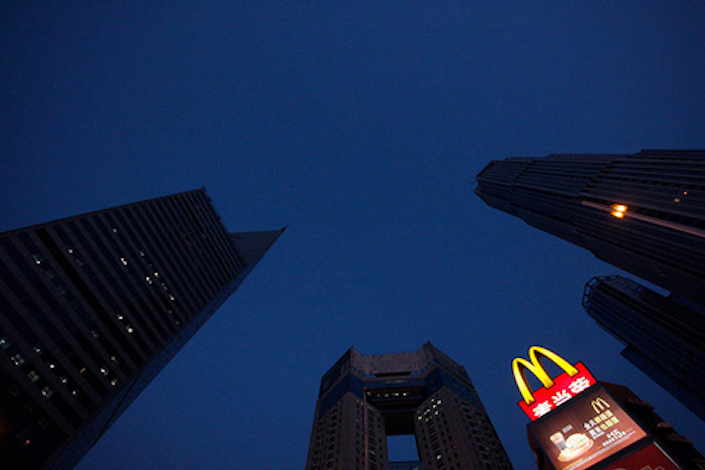 Citic will lead a group of investors buying McDonald's China and Hong Kong stores in a deal that values the business at $2.1 billion. Photo: Visual China

(Hong Kong and Beijing) — Global fast-food giant McDonald’s Corp. will sell 52% of its China and Hong Kong stores to local financial services conglomerate Citic, ending a nearly yearlong process that will value the unit at up to $2.1 billion.

McDonald’s has been looking for Chinese partners to help to run its local stores, and on Monday announced that two units of Citic Group will collectively buy 52% of the operation. Global private equity giant Carlyle will buy another 28%, while McDonald’s would retain the remaining 20%.

Following the sale, the new partnership is expected to continue moving the McDonald’s chain into third- and fourth-tier cities within China. The partners expect to open 1,500 new stores in China over the next five years, compared with its store count of 2,200 last spring. Such a move would make China the McDonald’s chain’s second-largest market after the U.S.

The move is one of the largest to date into the consumer sector by Citic, which is more known as one of China’s oldest financial services conglomerates. Two of Citic’s units, the Hong Kong-listed Citic Ltd. and Citic Capital, will become owners of the 52% stake of the McDonald’s mainland and Hong Kong stores that were formerly fully owned by the U.S. company.

Citic Capital Chairman Zhang Yichen will become chairman of the new company’s board.

“At the moment, Citic Group’s assets and businesses are mostly in cyclical areas,” said a source close to the transaction, explaining Citic’s move into the consumer sector. “They need to find sectors with more flat cycles, or ones that are counter-cyclical to adjust their asset structure,” he added, speaking on condition of anonymity due to the deal’s sensitive nature.

The sale caps a process that began last spring, and saw a wide range of local and foreign investors express interest in the deal at various times, including global private equity giant TPG and China Resources, a major local consumer conglomerate.

In a similar move late last year, Yum Brands, parent of the KFC and Pizza Hut chains, spun off its China unit into a separate, publicly listed company, Yum China. While the U.S. Yum retained control of the new Chinese company, it also used the move to bring in two China-focused companies, Primavera Capital and Ant Financial, as strategic partners.