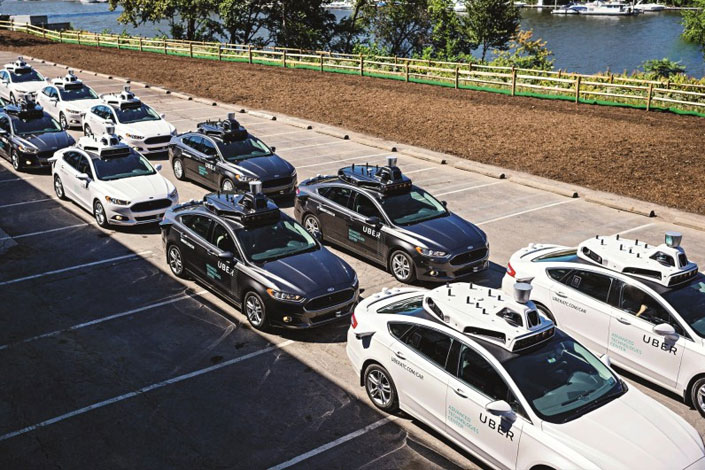 (Beijing) — As China’s internet giants focus on artificial intelligence (AI) research and as domestic venture-capital funding pours into it, a leading expert in the field warned that “overenthusiasm may lead to quick disillusionment,” which in turn would harm long-term development.

During her recent trip to China, Fei-Fei Li, one of Stanford University’s leading AI scientists, was surprised by what she saw as “the country’s delirium” over the technology. At each event at which she was invited to speak, she found herself surrounded by a group of fans, including scholars, investors and “fanatics,” and was bombarded with questions, she said. Their inquiries focused on a range of topics, including the humanlike robots in HBO’s Westworld series, and the apocalyptic scenarios in a tech-driven future as described in Yuval Noah Harari’s Homo Deus: A Brief History of Tomorrow, which looks at how technologies like AI might transform human nature itself.

But the Chinese-born American researcher, who leads Stanford University’s Artificial Intelligence Lab and the university’s Vision Lab, said society should “contain expectations of the technology to prevent any tech bubbles from becoming too big.”

Li is on a two-year sabbatical to co-lead a new machine-learning unit under Google Cloud.

In recent months, the Chinese internet was abuzz with chatter over how the latest version of Google’s AlphaGo program, using the pseudonym “Master,” was defeating some of the world’s finest players at the ancient Asian board game of Go. The computer program made headlines globally in March after beating 18-time world champion Lee Sedol.

But China is a relative latecomer to the field of AI. Government agencies and companies have earmarked billions of dollars to fund research, nurture startups and poach talent from Silicon Valley to give the country an edge.

According to KPMG, venture capital investments in AI projects in the country reached a record high in 2016 despite a global slowdown. About $31 billion in venture funding poured into this sector in China last year, a 19% increase from 2015, while global investment fell 9.4%.

But Li warned that once the actual pace of technical advancement and development of AI applications falls short of investors’ and stakeholders’ expectations, the bubble will burst, leading to reduced funding and interest in the field — a phenomenon technologists call an “AI winter.”

Her warning is based on broader industry trends seen in other developed economies. Since computer scientist John McCarthy coined the term “artificial intelligence” in the 1950s, the industry has gone through several boom-and-bust cycles. The most recent one was seen in the late 1980s and early 1990s in the U.S. and Japan, when several high-profile projects failed to have the expected commercial impact. For example, in the early 1980s, tech companies bet billions on the potential of an “expert system” that could emulate humans’ decision-making ability, but these systems proved to be too expensive to maintain. Enthusiasm also tapered off after this technology was shown to be effective only in a narrow set of applications.

Li said investors and companies can’t afford to forget the lessons from these previous expensive burnouts. She cited the example of autonomous vehicles, a competitive field filled with big names like Google, Daimler and Chinese search giant Baidu Inc. According to Li, AI technology in this area was far from perfect, but companies continued to boast about their achievements nevertheless.

“In the field of driverless cars, everyone is bluffing,” she said bluntly. Although automated driving has been achieved in labs and tested on the streets, self-driving cars require a “pure” environment with limited variables. To be able to navigate complicated road conditions, the technology still has to go a long way until it can be used in real life.

“AI has surpassed human capabilities in some areas, but it’s way early to say it has entirely outperformed humans’ brains,” she said.

Based in California, Li is known globally for her specialty in computer vision and machine learning, a subfield of AI that involves teaching computers to recognize objects captured in images. She initiated ImageNet, the world’s largest open-source image database of more than 15 million digital photographs, to help programmers develop algorithms that can teach computers to identify and understand visual content. Powered by the massive data collected by ImageNet, Li and her students later produced one of the first computer vision models capable of generating sentences and even paragraphs to describe an image it “sees.”