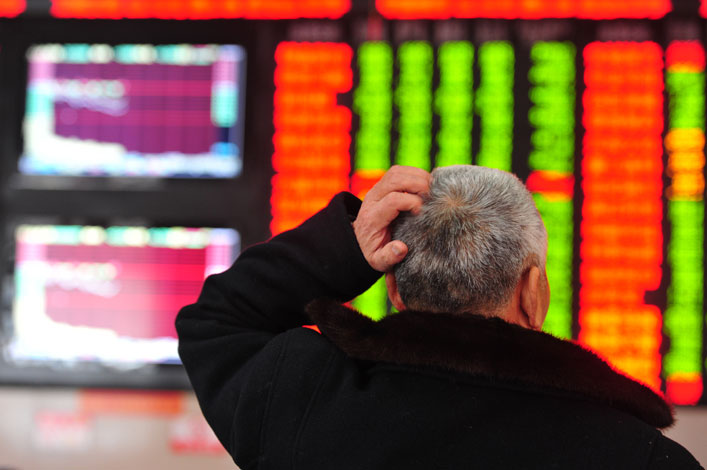 (Beijing) — Shares of companies controlled by Tomorrow Holdings Group Ltd., a conglomerate in turn controlled by Xiao Jianhua, declined sharply Friday on speculation as to the tycoon’s whereabouts.

On Friday, the first trading day after the weeklong Chinese New Year holiday, Shanghai-listed Xishui Strong Year Co. Ltd. Inner Mongolia, which provides property insurance, and Baotou Huazi Industry Co., a manufacturer of beet sugar and electronic products, both plunged by the daily trading limit of 10% soon after trading began. The share price of two other companies controlled by Tomorrow Holdings also fell, but to a lesser extent.

The shares fell after several overseas media outlets reports since Saturday that Xiao, one of the richest businesspeople in China, has been assisting mainland authorities with unspecified investigations.

Tomorrow Holdings published a statement Thursday on its official WeChat account that “business operations remain normal” at the company and its subsidiaries. Tomorrow Holdings had issued two other statements, on Monday and Tuesday, in Xiao’s name denying the reports and asserting that he was “receiving medical treatment overseas.” The company noted that Xiao is a Canadian citizen.

But both of the two earlier posts were deleted by Wednesday. Caixin hasn’t been able to reach the company or Xiao for comment.

Along with several other publicly traded companies and financial institutions controlled by Xiao, the group of companies has been involved in a number of high-profile acquisitions in recent years, including the 2006 privatization deal of state-owned power company Shandong Luneng Group, a deal worth 3.7 billion yuan, or about $470 million at the time; and Thailand’s Charoen Pokphand Group’s (CP Group) purchase of a stake in Ping An Insurance in 2013.

But the widespread use of shell companies and complicated transactions among interconnected companies in some deals linked to Xiao and Tomorrow Holdings have raised market concerns about legality and risk.

In 2013, China Development Bank canceled a plan to provide a HK$44 billion ($5.7 billion) loan to help CP Group buy 15.57% of Ping An Insurance from HSBC. China Development Bank dropped out of the deal after Caixin reported that a substantial part of CP Group’s fund for the deal came from mainland lenders Xiao controlled, a practice violating Chinese regulations.

The policy bank had agreed to fund the acquisition by providing the loan to CP Group through its Hong Kong branch after the insurer said it had received the first tranche of payments worth HK$15.2 billion from the buyer. It backed out of the deal after Caixin published an exclusive report detailing how Xiao diverted money from three city commercial banks under his control to finance the first phase of the transaction.

However, a rule of the China Insurance Regulatory Commission (CIRC) in effect since 2010 bars the use of bank loans and other nonproprietary capital to acquire a stake in an insurance company. The rules also say neither an individual nor an institution can serve as a trustee holder of an equity stake in a Chinese insurance company. Xiao’s maneuvering put in question the legality of the deal and prompted CDB to cancel the loan.

Xiao, 46, graduated from prestigious Peking University with a degree in law and started his business selling personal computers in 1993. In 2016, the Hurun Chinese rich list ranked him the 32nd-richest person in China with a net worth of $6 billion.

Xiao has maintained a low profile personally and reportedly has spent most of his time in Hong Kong since 2014 while directing his businesses in the mainland from the luxury Four Seasons Hotel Hong Kong, where he lives.