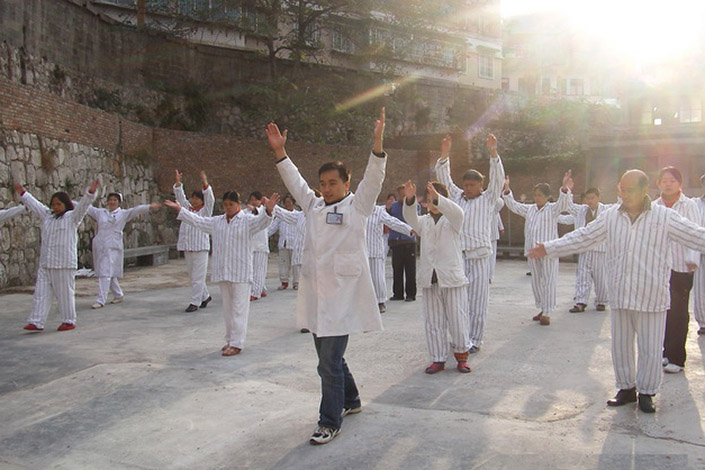 (Guiyang) — Five Chinese psychiatrists who had 64 patients transferred to a private clinic following the doctors’ resignations from a debt-ridden public hospital has sparked a debate about medical-sector reforms that have allowed physicians to work in both state-run and private health care facilities.

A public hospital in Guiyang, Guizhou province, said it had notified police that the head of its psychiatric ward, Dr. Yang Shaolei, had taken with him 64 out of 70 mental patients who were being treated at the hospital to a private clinic without prior approval from hospital authorities. The Guihang 300 Hospital said the act was “in violation of the medical consent (protocol) and medical professional guidelines.”

The complaint was lodged after Yang and four other doctors and seven nurses from the psychiatric ward left the state-run clinic to join a private rival on Jan. 30, according a statement issued by Guihang 300 Hospital on Saturday. The hospital said it will take its chief psychiatrist and other medical staff to court.

However, Yang said the team took the drastic measure because their employer had withheld their medical licenses to stop them from resigning.

The team of doctors had obtained consent from either the patients or their legal guardians before the transfers were made, he said.

An official probe by provincial health authorities is ongoing.

Since late 2014, the National Health and Family Planning Commission has been gradually easing strict rules that had earlier bound doctors to a single hospital. The reforms allow consultants in certain specialties to practice at either public or private clinics in addition to the hospital they are working in full time. The move aimed to address the low pay for medical professionals in China that has led to doctors accepting bribes from pharmaceutical agents for prescribing particular brands of drugs.

Most public hospitals in China have been struggling to make ends meet as state funding covers only a small portion of their actual expenses. They have been forced to make money by keeping a steep markup on drugs sold at hospital pharmacies or through expensive medical tests as there are strict regulations over how much can be charged from patients for services such as doctors’ consultations and in-patient care.

Doctors in China have more freedom to jump ship nowadays, but in reality they often face obstacles, said Liu Ye, a partner with the Haishang Law Firm in Shanghai.

"The doctors at Guihang 300 Hospital took the drastic measure because the hospital management locked up their human resources files to prevent them from resigning," he said. But the doctors and nurses were violating labor laws by leaving their jobs without prior approval from the hospital, he added.

Doctors at public hospitals in Guiyang earn about 4,000 yuan ($580) on average a month plus allowances, but those at Guihang 300 were paid a base salary of only 2,000 yuan, according to a psychiatrist at the hospital.

Their overall benefits package was cut by about 2,000 yuan to only 5,000 to 6,000 yuan a month last year as the hospital’s debt continued to rise, according to a doctor who asked not to be named.

The hospital had amassed 500 million yuan in debt at the end of 2015, according to a person who was briefed about the financial situation at Guihang 300.

Kang Yang, a spokeswoman for Guihang 300, refused to comment on the hospital’s financial conditions. She said the exodus of patients last week was a result of a “well-planned move by Yang” and was not linked to the quality of services at the hospital.

One doctor who resigned last week said that the hospital had only 70 beds but often admitted over 90 patients at a time, leaving them in overcrowded conditions.