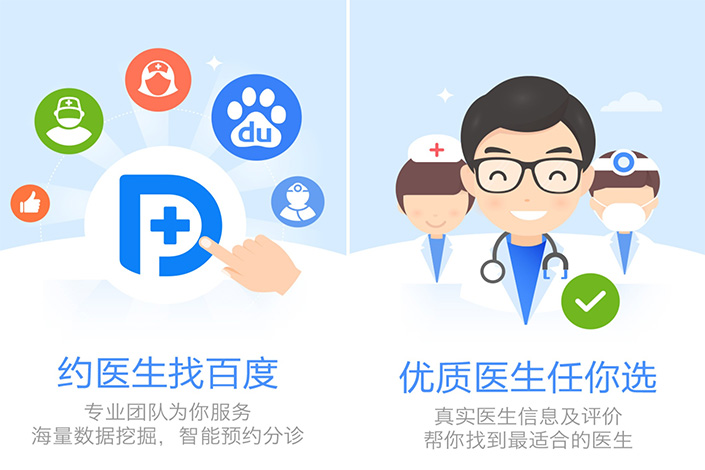 According to a source at Baidu’s strategic department, the mobile health care team will be broken up and a formal announcement could be made later this week. Affected employees will be offered options that include other positions and severance packages.

Baidu’s search engine business related to health care content will not be affected by the reshuffle, company sources said. Its health care advertising and paid-search services have been under close scrutiny by regulators since last year after 21-year-old college student Wei Zexi died of a rare form of cancer after receiving questionable treatment from a hospital that advertised on Baidu.

In 2010, Baidu started to build its health care blueprint, with a plan that included wearable devices, artificial intelligence and big data. Over the years, it has established partnerships with or invested in third-party medical platforms such as haodf.com and quyiyuan.com.

In 2015, Baidu launched its doctor-appointment app, Baidu Doctor, in an attempt to build a business chain linking online and offline medical resources, a former executive at Baidu’s mobile health care unit told Caixin. But the unit was never able to sufficiently build up its market influence and medical resources despite the company’s heavy investment in technology, said the former executive.

In February 2015, Baidu paid $60 million for a 13% stake n the doctor-appointment and medical-consulting website Yihu.com. Later that year, Baidu led a group of investors, including SB China Capital and HighLight Capital, to invest $40 million in another doctor-appointment platform, Quyiyuan.com.

The former executive said Baidu made the investments in hopes of building the online-to-offline platform for health care, but it found difficult to persuade public hospitals to cooperate and share medical resources.

The former executive said the closed unit is only a small part of Baidu’s health care efforts and won’t affect the company’s overall health care strategy.

On the sidelines of this year’s China Entrepreneurs Forum, recently opened at Yabuli, Baidu CEO Robin Li didn’t respond directly to questions about the company’s health-care business reshuffle. But he said Baidu’s doctor app had initially focused on online-to-offline doctors’ appointments, but this area turned out not to be technology-intensive.

Li said he still sees great potentials in the health care industry, but the most important force in transforming the industry will be artificial intelligence.