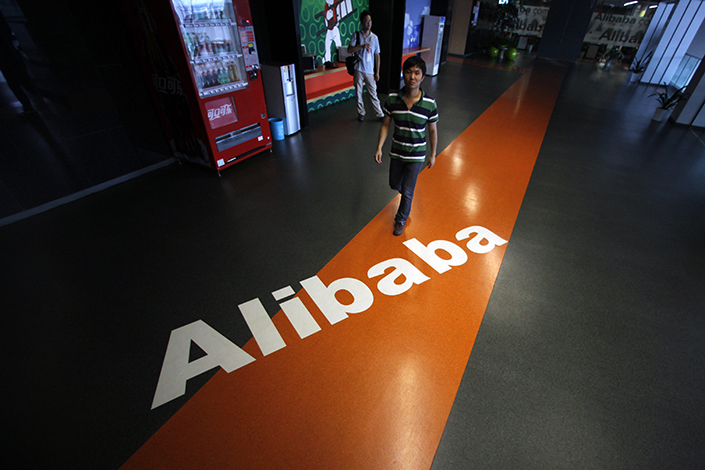 (Beijing) — E-commerce giant Alibaba announced on Monday a new strategic partnership with a major department store operator, as reports that it was negotiating another, even-larger partnership was shot down by China’s leading supermarket chain.

The announcement of the new tie-up with Bailian Group came just days after Chinese media reported that Alibaba Group Holding Ltd. was in unrelated talks for a similar partnership with Sun Art Retail Group Ltd., operator of the RT-Mart supermarket chain. Sun Art’s Hong Kong-listed shares were suspended after those reports came out, and tumbled on Monday after the company said it wasn’t in any talks with Alibaba.

Alibaba has emerged as a strong believer in an online-offline retailing strategy, which sees e-commerce companies team up with traditional brick-and-mortar retailers to take advantage of each other’s strengths. E-commerce platforms offer consumers convenience and more variety, while real-world stores offer places to immediately get merchandise and also examine products before buying them.

Under its newest tie-up in that regard, Alibaba said it will team with Bailian, which operates more than 4,700 stores across 200 Chinese cities, to jointly explore development opportunities across each other’s platforms. The pair said they will cooperate in a number of areas, including store design and retail technology in new areas, such as artificial intelligence and supply chain management.

“Businesses will increasingly embrace big data and new innovations to better identify, reach, analyze and serve their customers, and their digital transformation will be empowered by Alibaba’s ecosystem,” Alibaba CEO Daniel Zhang said. “Our partnership with Bailian is an important milestone in the evolution of Chinese retail, where the distinction between physical and virtual commerce is becoming obsolete.”

Alibaba purchased a stake in another department store and shopping mall operator, Hong Kong-listed Intime Retail (Group) Co. Ltd., including an equity swap that has given Alibaba 28% of the company. But that partnership has failed to improve Intime’s results in the two years since its formation, and last month the pair announced a plan to privatize the traditional retailer.

Meantime, shares of Sun Art, whose RT-Mart chain controls 12% of China’s hypermarket sales, were down 13.5% in midafternoon trade on Monday. The stock was suspended the previous Friday pending a statement to clarify reports of the rumored Alibaba talks. Before that, the shares had doubled since the start of the month on speculation about such a tie-up.

Sun Art said the earliest report saying it was in early talks with e-commerce companies — including Alibaba, Suning Commerce Group Co. Ltd. and Tencent Holdings Ltd. — was incorrect. It clarified that Suning was the only one of those three that was in actual talks. But it added that “no substantive discussions have taken place at this stage to the structure or terms of any such cooperation.”

“The directors confirm that they strategically believe that sourcing a partner with strong online capability is the optimal way to further develop the group’s business,” Sun Art said.

Also on Friday, Sun Art released its annual financial results that showed weak growth. Its annual profit rose 5.7% to 2.6 billion yuan ($379 million), while revenue grew 4.2% to just over 100 billion yuan. Such traditional grocers are coming under assault from e-commerce companies like Alibaba and JD.com, the latter of which last week set a goal of 100 billion yuan in sales of fresh food and daily necessities for this year.