By Shen Yuyun and Coco Feng 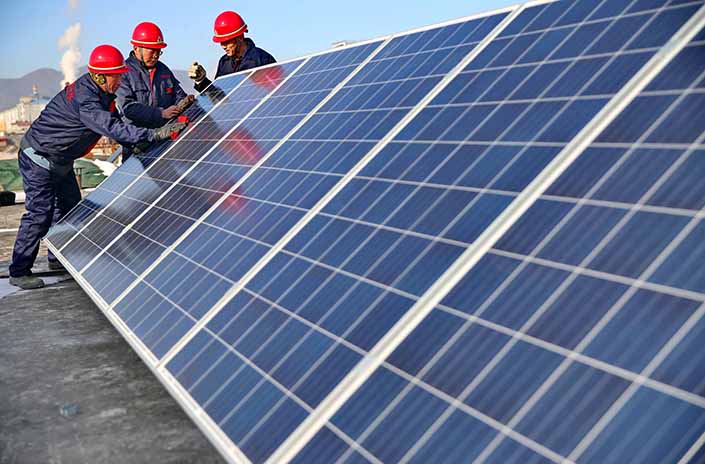 (Beijing) — China’s exports of solar power equipment decreased by 10% to $14 billion in 2016 from a year earlier, driven in part by continued friction with countries that have conducted anti-dumping measures against Chinese solar producers, an industry expert said.

This is the first year-on-year drop the sector has seen since 2013.

Countries and regions that include the U.S., the European Union, Australia, India, Canada and Turkey have carried out anti-dumping and anti-subsidy investigations on Chinese-made solar goods worth $25 billion, said Zhang Sen, secretary general of the solar division of the China Chamber of Commerce for Import and Exports of Machinery and Electronic Products, at a seminar on Thursday.

The U.S. has been conducting such investigations since 2011, and charged some Chinese crystalline silicon solar battery makers tariffs of up to 238.95% after the latest round of scrutiny in 2016. This was slightly lower than a 249.96% tariff rate seen previously.

Another reason behind the drop is that some photovoltaic companies have set up plants overseas, especially in Southeast Asia, backed by the “One Belt, One Road” initiative. As a result, solar power equipment such as panels and batteries have been manufactured and exported by other countries and thus don’t count as exports as such, Zhang said.

Nevertheless, made-in-China solar products still accounted for 21% of the U.S. market in 2016, while the proportion in Japan was 63%, and even higher in Turkey with Chinese goods cornering 74% of the market, Zhang said.

Zhang said that he expected trade disputes to continue in 2017, especially given the anti-China stance of new U.S. President Donald Trump, and this was likely to have an influence on the solar sector as well.