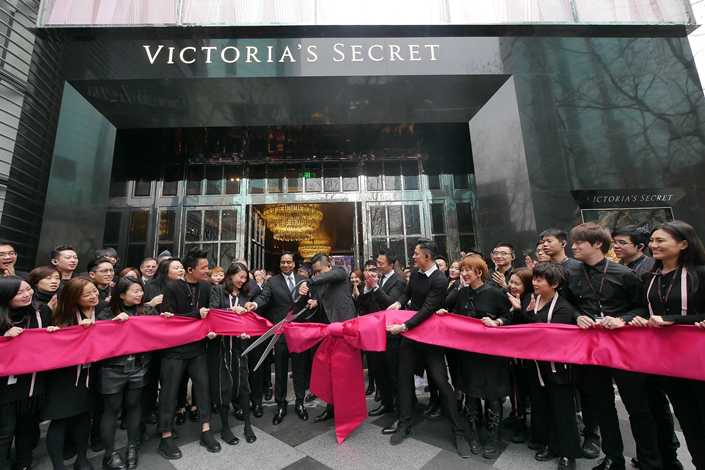 Victoria's Secret opened its first flagship store on the Chinese mainland in Shanghai on Thursday, and its second such store in Chengdu the following day. Photo: IC

(Beijing) — Popular lingerie-maker Victoria’s Secret is expanding in China, opening its first two flagship stores at a time when its New York-listed parent company has forecast a sales slowdown and seen its share price decline.

While one store opened Friday in the southwestern city of Chengdu, another outlet in Shanghai had already operated for a day, attracting dozens of Victoria’s Secret fans who lined up outside the store in the evening.

Victoria’s Secret currently has 31 franchised shops in China, but they sell only skincare products, fragrance, bags and underwear. The two new flagship stores, which are run directly by the company, introduce the company’s traditional line of lingerie, the star product of the American brand, to Chinese customers.

The stores are just two of the six full-line stores the lingerie maker will open this year, even though its parent company, L Brands, has disappointed investors. L Brands said on Thursday it expected a drop in sales of about 20% in February at Victoria's Secret, and its shares plunged by nearly 16% that day to $48.94 per share.

But the company appears to have confidence in the China market. It said that 50% of its 2016 revenue came from the Greater China region. It also said it will also launch a domestic online store on Alibaba Group Holding Ltd.’s Tmall platform by this summer. For now, it is running an overseas online store on the same website, but all goods need to be shipped from the United States and can take as long as two weeks to arrive.

In addition to Victoria’s Secret, other fashion leaders are seeing value in the market. British fast-fashion retailer Topshop said in December it will set up its first set of flagship stores on the Chinese mainland in 2018.