By Yang Mengqi and Song Shiqing 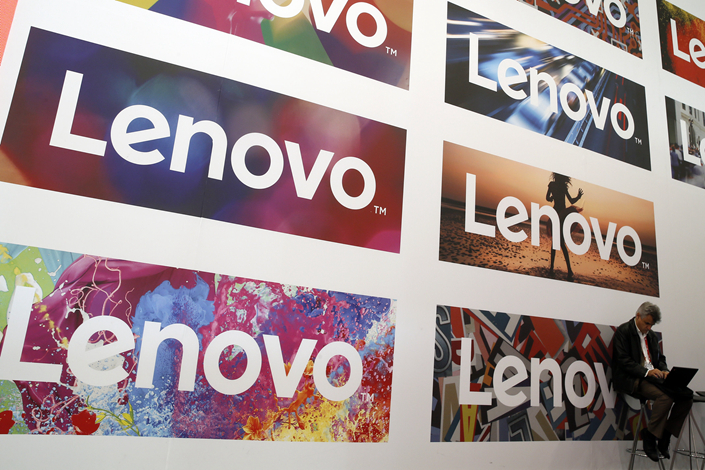 A man uses his laptop next to Lenovo logos during the Mobile World Congress in Barcelona, Spain, on Feb. 25, 2016. Lenovo said on Friday it will sell 49% of a China property joint venture as it continues to struggle with poor performances from its non-PC businesses. Photo: Visual China

(Beijing) — Leading global PC maker Lenovo Group Ltd. said on Friday it will sell 49% of a China property joint venture, extending a series of similar sales as it struggles with poor performances from its non-PC businesses.

Lenovo said it will sell the stake in Chengdu Lian Chuang Rong Jin Investment Ltd. to a unit of real estate giant Sunac China Holdings Ltd. for 1.6 billion yuan ($232.4 million). It added that the sale will give it a pretax gain of about HK$1.7 billion ($219 million), according to a company announcement posted by the Hong Kong Stock Exchange.

The sales come amid tumbling profits for Lenovo as it fails to gain traction for its smartphones, seen as an eventual replacement for its older PC business. The company’s profit plunged by two-thirds in its latest fiscal year, as its PC sales only managed weak growth due to brutal competition in a maturing PC market, and its younger smartphone business kept shrinking.

Last month, Lenovo reported its net profit dropped 67% year-on-year to $98 million in its fiscal third quarter, while revenue fell 6% to $12.17 billion. That included a 26% drop for its sputtering smartphone business.

“The gain will be used in raising capital to fund Lenovo’s operation and investment,” Chairman Yang Yuanqing said in the filing.

The purchase is part of a recent buying spree for Sunac. In January, it bought 6.25% of Beijing Homelink Real Estate Brokerage Co. Ltd. for 2.6 billion yuan, and 6.17% of Jinke Property Group Co., Ltd. for 1.7 billion yuan. The purchase will help increase Sunac’s market share and land reserve in the cities of Hefei and Wuhan, the Chinese developer said.