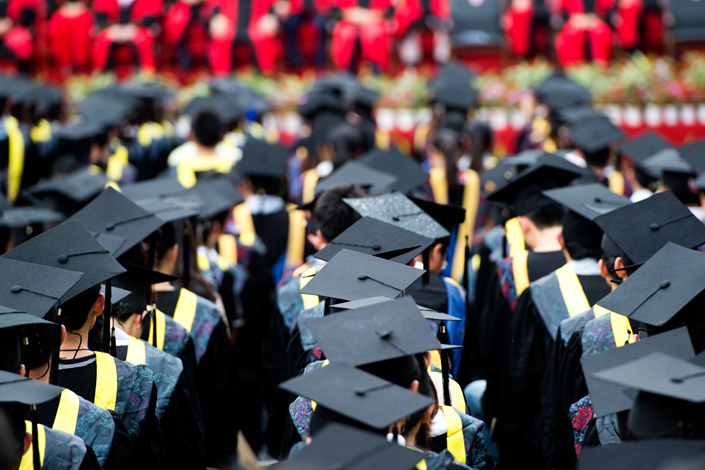 (Beijing) — The number of Chinese students who left the country to study abroad rose 4% to nearly 545,000 last year, while the number of students returning increased by nearly 6% to about 433,000, the Ministry of Education said.

More than 90% of the Chinese students who went abroad to study had their expenses paid by their families or the students paid them themselves, according to statistics the ministry released on Wednesday. About 10% of the students had their studies funded by the government or their employers.

Nearly 4.6 million people left China for overseas study between 1978 and 2016, and 2.65 million, or 82%, of those who completed their studies overseas returned to China during the period, according to the ministry.

Also, the ministry said the ratio of students who left China for overseas study to those who returned from their studies has dropped from 1.46-to-1 in 2012 to 1.26-to-1 last year, meaning the brain drain is easing, the ministry said.

Good job opportunities and an internationally competitive package are the two main drawing cards for returning Chinese students, according to a 2016 survey from the Center for China and Globalization, a private think tank in Beijing.

However, more than 60% of returned Chinese students said they are not happy with their first job because it is often not related to what they studied, and they get paid less than they expected, according to the survey of more than 1,000 returned students, which was released in December.

Nearly three-quarters of those surveyed said they earned no more money in their first jobs than their colleagues who have a degree from a Chinese university, even though their foreign degrees cost much more.

Among the returnees are many from top-tier global R&D facilities, said Xu Tao, head of the ministry's International Department.

More than 6,000 students — most of whom are former Chinese studying at foreign universities — returned through the “Recruitment Program of Global Experts,” Xu said. Commonly known as the “One-Thousand Talent” program, it was launched by Beijing in 2008 to draw top-tier professionals worldwide to help with the economic transformation in China through innovation.

The ministry said that more than 70% of the heads of Chinese universities have foreign degrees, and 80% of the members of Chinese Academies of sciences and engineering have studied overseas.

Meanwhile, the number of foreign students who came to study at Chinese universities jumped by nearly 11.4% last year to 443,000 students from 205 countries, the ministry said.

South Korea, the United States, Thailand, Pakistan and India were the top five countries that have the most students at Chinese universities.