‘A Dog’s Purpose’ Sniffs Out Success in China 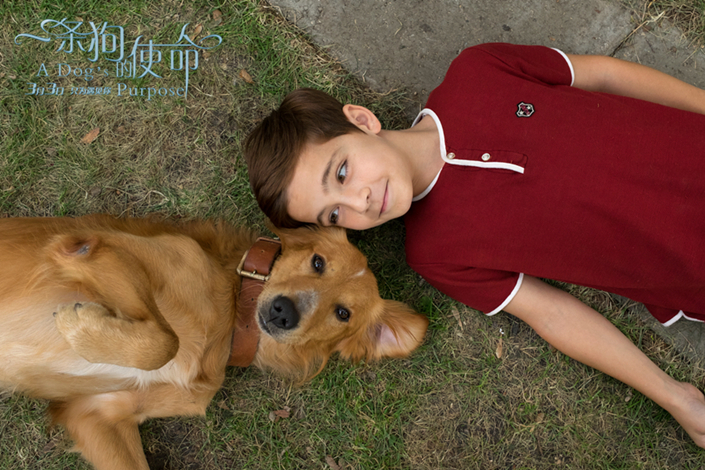 "A Dog's Purpose," a movie that has received lukewarm reviews in the U.S., has become a sleeper hit in China, earning nearly 240 million yuan ($34.7 million) in eight days. Photo: Visual China

(Beijing) — A sentimental American film about a dog that gets reincarnated met with a tepid reception back in the U.S., but it is unexpectedly doing very well in China, hitting the sweet spot of an audience whose taste is evolving.

Chinese filmgoers have lapped up A Dog’s Purpose, the soulful film about a dog and its relationship with owners throughout various reincarnations. The sleeper film has appealed to the Chinese crowd on all levels, critics say.

Produced by Alibaba Pictures-backed Amblin Entertainment, the film has scooped up nearly 240 million yuan ($34.7 million) since its release in the nation eight days ago.

By comparison, Academy Award-winning La La Land has earned little more than 240 million yuan at the box office in China with 25 days of screening.

With a reported budget of $22 million, the dog movie has a performance that’s remarkable compared with the film Logan, starring Hugh Jackman as the X-Men character Wolverine. With a budget nearly five times the size of A Dog’s Purpose, Logan was released on the same day but has made only twice as much as the pet-themed drama.

A Dog’s Purpose became embroiled in some controversy with the release of an online video that showed movie staff trying to force a frightened dog into the water in one scene. The film’s producer, Gavin Palone, though not present during the event, apologized for the incident but noted that the dog eagerly jumped into the water during rehearsals and later during filming.

Snubbed in the U.S for being awkwardly mushy — as U.S. review aggregator Rotten Tomatoes summarized, full of “sugary sentiment” and “tugs at heartstrings with shameless abandon” — A Dog’s Purpose has received a warm welcome in China.

This is because viewers in China have a higher tolerance for sentiment and often enjoy shedding tears at the cinema, critics say.

“China has a soft spot for warm and fuzzy films that Western viewers find corny — it is just a difference in aesthetic taste,” said film critic Raymond Zhou, who added that he found the mood of the film to be “just right.”

The movie also easily resonates in the nation, as A Dog’s Purpose was heavily influenced by Buddhism and folk religions stressing fate and karma, with the main character’s reincarnation woven throughout the plot.

“The film feels more natural and moving to an Oriental audience,” Zhou said, referring to the theme of rebirth, which appeals on a much deeper level than forced Chinese elements like lanterns or a spoken line in Mandarin.

However the subtle Oriental touch seems to be unintentional. Though Alibaba Pictures has an undisclosed stake and a position on the board of Steven Spielberg’s Amblin Entertainment, the version shown in China has not been modified. The film is based on a New York Times best-seller with the same title.

While the U.S audience may have become sated with tender dog films, China has begun to appreciate this genre on a mass scale over the past 20 to 30 years, with the rise of the middle class and a growing population of pet owners.

“Unlike Western audiences that have had their share of dogs running with their masters into a golden sunset, China can’t get enough,” said Zhou, who added that animal films require experienced trainers and effects professionals that the film industry here lacks.