In Search of Revenue, Baidu Overhauls Its Business Engine 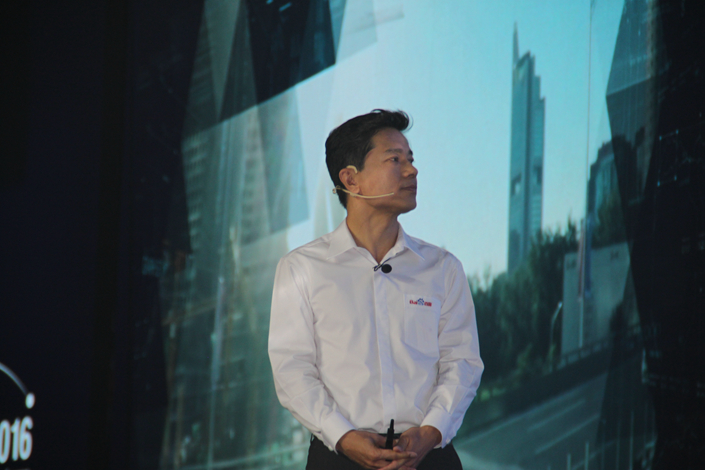 (Beijing) — He’s hiked through wild areas of Tibet and chowed down on a raw yak heart for a television survival show.

“There have always been challenges,” Li said while starring on location in the Tibet region for a February episode of adventurer Bear Grylls’ show, Running Wild. “Sometimes these (challenges) seem to immediately kill a company.”

Nasdaq-listed Baidu was once China’s largest internet company. But its market value of about $60 billion is now dwarfed by faster-growing domestic rivals Alibaba Group Holding Ltd., which focuses on e-commerce, and social media giant Tencent Holdings Ltd., whose respective valuations have been pegged at $255 billion and $257 billion.

In addition to competitive challenges, Baidu’s reputation is still recovering from advertising scandals that rocked the company last year. Its bottom line has been hurt by money-losing businesses. And government regulators have been tightening rules for online advertising, its biggest revenue source.

In the fourth quarter of 2016, online marketing revenues related to search-based advertising declined 8.2% year-on-year, Baidu said. And tougher regulations helped drive down the number of active, online marketing customers by 18.6%.

As the company’s chairman, Li is now grappling with these Tibet-sized challenges by pushing to revamping Baidu’s business strategy while at the same time overhauling his management team.

“We used to be China’s No. 1 internet company,” Ma said at a January internal conference. “We need to reflect on what happened in the past few years.”

Li said Baidu is eliminating noncompetitive businesses and focusing the company’s resources on projects with strong advantages and strategic value.

Will these efforts work? Can Baidu regain its lead among Chinese internet industry players?

If company officials are right, the future is bright.

Chief Financial Officer Jennifer Li, for example, said Baidu is cleaning up its advertising business while the negative effects of last year’s scandals fade away.

The advertising scandal followed years of rapid growth driven by a Baidu ad-revenue engine on overdrive.

The trouble started in January 2016 on charges that Baidu sold moderator rights to companies seeking to control discussion topics on an online forum.

A few months later, Baidu was accused of tweaking search results to promote questionable health care information and services. Then in July, the government investigated whether Baidu let ads promoting illegal gambling websites pop up during user searches at night.

These incidents triggered tighter rules on online advertising by government regulators who were mainly targeting Baidu.

The most significant appointments followed when Ma and Yi came on board.

Ma, whose 15% of Baidu voting rights is second only to her husband’s 16%, helped shape Baidu in its early days. One Baidu shareholder said Ma contributed in a large way back then by recruiting investors.

“She always calmly put forward the most courageous advice at crucial moments, which later proved to be wise and correct,” Li said about his wife in 2005 after Baidu launched an initial public offering on the Nasdaq Stock Market.

Ma left Baidu in 2007 to care for their family. In her new position, said a Baidu executive who asked not to be named, she will help coordinate the allocation of internal resources and support a new business strategy.

Unlike Alibaba and Tencent, each of which has enjoyed a stable management team with broad decision-making power, Baidu’s management has been in flux. And according to the anonymous executive, Li makes most of the company’s big decisions, although Ma is expected to assume responsibility for building a new management team.

Lu’s appointment as COO has been widely interpreted as part of Baidu’s attempt to focus on the emerging field of artificial intelligence and secure the deal for Raven Tech and its Echo-like technology.

Li has applauded Echo for its ability to complement smart-home appliances with AI technology. But Lu said turning AI into a base for new revenue sources will not happen overnight.

“It may take awhile,” Lu said.

Li described his AI ambitions in June 2016 while predicting that the new field will rise in coming years just as mobile internet growth wanes. And Baidu is poised to ride the growth wave.

“Baidu will make AI its strategic focus over the next 10 years,” Li said.

Baidu set up a $3 billion fund in September to target mid- and late-stage technology startups, and a month later launched a $200 million fund to focus on AI, augmented reality and deep learning.

At the same time, the company has been repositioning existing businesses and getting rid of others.

Sources close to the company told Caixin that Baidu is considering whether to sell its group buying and local-services platform Nuomi, as well as its food delivery unit Baidu Waimai. As of early March, talks with potential buyers were said to be in the early stages.

Li apparently hasn’t fully given up on the O2O business, according to a Baidu shareholder, as these businesses help the company support search users and help them access services. Thus O2O could lay the foundation for future online financial services — another business area that Baidu is pursuing.

Baidu has long been a dominant player in China for PC-based, online advertising by building alliances with more than 90% of the country’s small website operators, said Zhang Yi, CEO of the internet industry information provider iiMedia Research. The search engine does this by offering promotion space and search-based advertising, he said.

In-feed advertising has become the most popular model for mobile ads. Weibo, the microblogging unit of Sina Corp., said in-feed ads have become its main profit driver over the past two years. Toutiao, a news aggregator, said in-feed ads generated revenues of 6 billion yuan in 2016 and could rise to 15 billion yuan this year.

Despite the positive developments, analysts say it’s clear Baidu and Li have yet to overcome all of their challenges.

One challenge involves financing. According to an industry analyst, consistent investment streams that test Baidu management’s patience will be needed for each of the company’s new business endeavors.

The failure of mobile health care and O2O laid bare some of Baidu’s weaknesses, such as the company’s inability to market technologically advanced products. The analyst said Baidu will thus have to carefully watch its AI initiative and other high-tech businesses to make sure the company’s latest transformation generates profits.