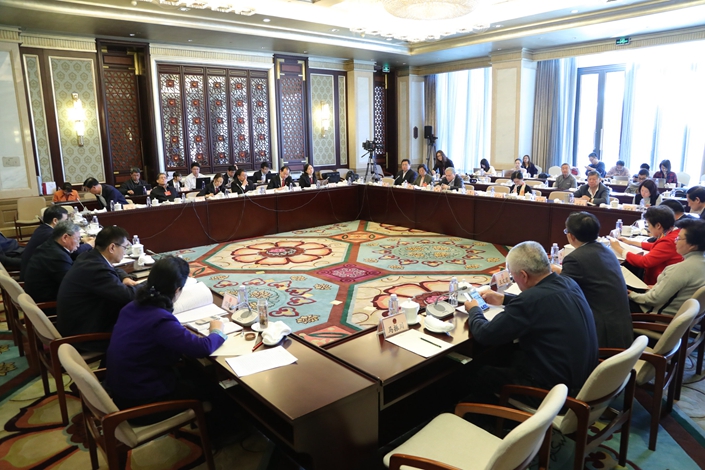 (Beijing) – Judicial authorities should not be fooled by high approval rates among lawmakers for work reports and become distracted from the underlying problems plaguing the judicial system, Zhang Jianwei, a professor at Tsinghua University’s School of Law, said Wednesday.

Over 92% of the members of the National People’s Congress passed the annual work report of the Supreme People’s Court, detailing achievements last year and proposing goals for the coming year. Some 180 lawmakers voted “no,” meaning they disapproved of the proposals and 49 abstained from the ballot on Wednesday, the final day of China’s biggest annual political event.

The work report by the Supreme People’s Procuratorate also won 2,606 yes votes, with 180 disapprovals and 46 abstentions. The top legislature did not provide details about the concerns raised by those who had voted “no.”

Among many undertakings, the top court said that last year it set up four circuit courts including one in the southern city of Shenzhen and another one in Shenyang in the northeastern province of Liaoning. The move was aimed at reducing undue influence from local government officials in judicial affairs.

Although China’s top legislature has approved the annual roadmap presented by the country’s top court and prosecutor’s office with high endorsement rate, they must push for more reform of the judicial system, according to Zhang.

In one particular area, they should implement concrete measures to make the judiciary more professional, training judges to examine a wide variety of evidence instead of overly depending on information provided by the police – a trend seen in the past.

Heavy reliance on confessions obtained through police interrogations has led to a string of wrongful convictions over the past two decades.

In a landmark case underscoring flaws in the country’s criminal justice system, in December, the Supreme People's Court exonerated a young man from north China's Hebei province two decades after he was executed for rape and murder.

Nie Shubin, 21, was hastily charged and executed by local courts in 1995 based on a confession elicited under duress, without regarding other evidence available at the time, the court said.