China Struggles With Energy Waste Amid Shift to Cleaner Fuels

By Shen Yuyun and Song Shiqing 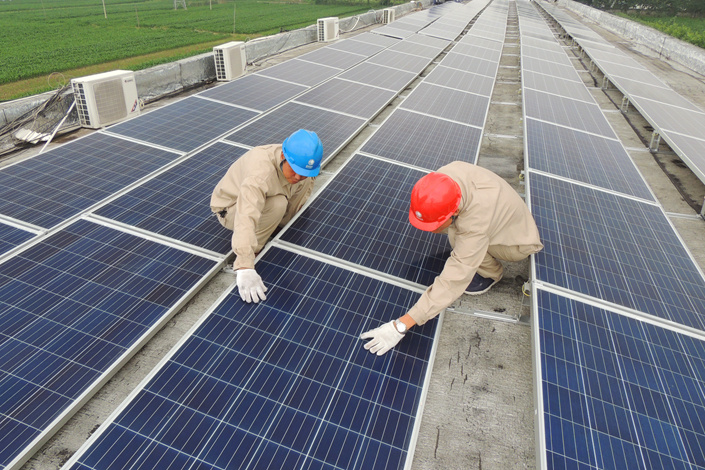 The waste — enough to meet Portugal’s consumption for a year — occurred mostly in the renewable-energy-rich northwest and northeast, Han said. In 2016, China’s northwestern region — Shaanxi, Gansu and Qinghai provinces, and the Ningxia and Xinjiang autonomous regions — recorded a wasted capacity rate of 33%. The average level in the northeastern provinces — Heilongjiang, Jilin and Liaoning provinces — was 21%, according to data from the National Energy Administration.

China is already the largest renewable-energy investor in the world, contributing about $102 billion, or 36%, of total global investment, to projects in this sector in 2015, according to a report by Frankfurt School–UNEP Collaborating Centre for Climate & Sustainable Energy Finance.

Last year, China invested a record 498 billion yuan ($72.2 billion) in its electricity sector. In January, the National Energy Administration pledged 2.5 trillion yuan for renewable power generation by 2020. Solar- and wind-energy capacity are expected to increase to 500 gigawatts (GW) and 400 GW by 2030 respectively, according to the country’s 13th Five-Year Plan.

“China may be the global leader in renewable energy investment, but it’s also the leader in the percentage of that energy that never reaches consumers,” said Kate Gordon and Anders Hove in an article in the Wall Street Journal in 2016 titled How China Wastes Its Renewable Energy. Germany’s waste rate was only about 2.3% in 2014, whereas the U.S. state of Texas wasted only 1.6% of its renewable power in 2013.

The reason behind the waste is a long-term management issue in China’s power sector, including mismatches between transmission lines and power plants, as well as clean power’s higher price relative to coal-fired power.

Han said the most crucial problem was the poor planning of transmission grids and power plants. In some places like the northeast, wind and solar farms have expanded rapidly on government support, but grid construction has been too slow to match the fast-growing power generation capacity. However, in other places, transmission lines are ready but there are no plants. Consequently, the transmission lines are insufficient to bring renewable energy to areas with unmet demand.

Pricing is another issue. In China, it is the government that sets energy prices, not the market, and the government has set renewable prices higher than coal prices. In Europe and the U.S., wind and solar farms set prices according to operating costs, which are nearly zero. This increases the use of renewable energy.

“China should let the market decide the allocation of coal and renewable power in its electricity market,” Han said.

Last month, the government said no new wind-energy projects would be approved this year in six provinces after finding they had unacceptably high numbers of wind farms that remained unconnected to the national grid, meaning any power they generated was wasted.

China announced its goal to transit from a dependency on coal power to a new, lower-carbon energy future in 2014. Last year, it agreed with the U.S. to implement the Paris Agreement, promising to cut carbon emissions to combat climate change.