By Fan Ruohong and April Ma 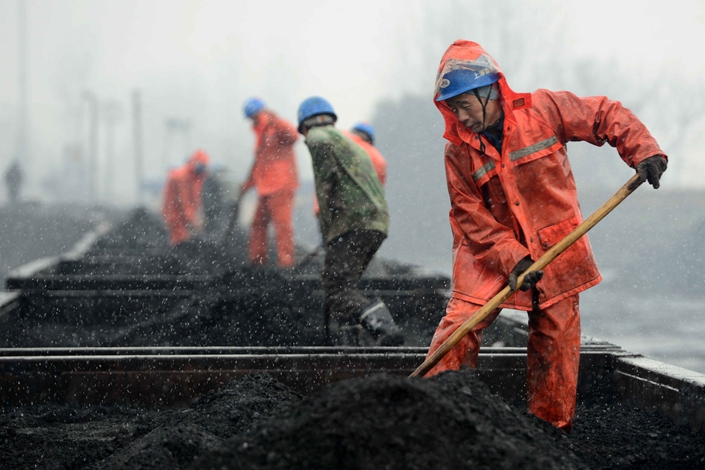 “It’s likely that all coal powered (electricity) companies will be in the red this year,” vice chairman of China Electricity Council Yang Kun predicted at the association’s annual forecast conference last Friday. “They may not even be able to afford coal at all.”

Yang said that 2016 fourth-quarter profits of the five largest state-owned coal power companies were a mere 4% of what they were in 2015. This was the culmination of a dismal year for the industry, with profits dropping 33%, 61%, 80% and 97% year-on-year, from the first to fourth quarters respectively.

The price for thermal coal, the raw material in power generation, surged as a result of last year’s nationwide drive to reduce overcapacity. In April, the National Development and Reform Commission, China’s top economic planning body, rolled out guidelines curbing the number of days a year coal mines could operate.

The Bohai-Rim Steam-Coal Price Index, a major coal price index in China, has risen for the third consecutive week to 599 yuan per ton — compared to 388 yuan per ton in March 2016.

In a symbolic milestone, Beijing shuttered its last remaining coal-fired power plant on Saturday — though the city still relies heavily on coal power from neighboring regions.

Yang predicts that coal prices are unlikely to drop this year, even though China is giving ground on its capacity-reduction plans, lowering targets by 20%, as ambitious scale-backs have taken their toll on jobs.

Lowered benchmark prices for electricity and the removal of subsidies for on-grid power have also pinched the profits of coal power plants, Yang said.

References to "coal companies" in an earlier version of this story have been changed to "coal power companies."