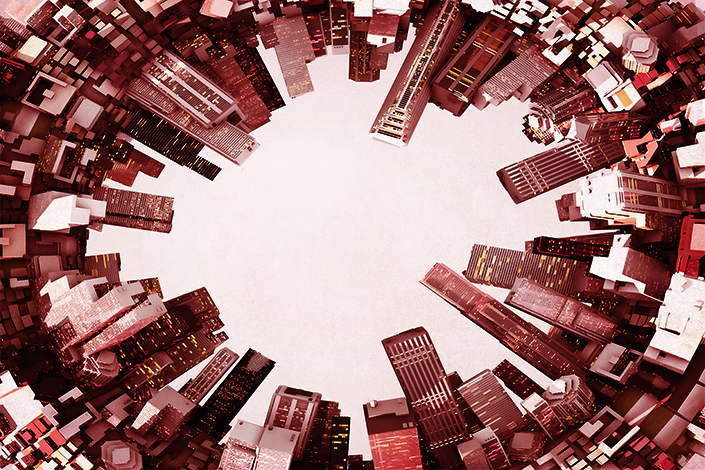 (Beijing) — An exhibition extolling the virtues of a property development project that reversed a poor county’s fortunes has become a magnet for developers and local government officials from across China.

They’re flocking to an exhibit hall in Hebei province’s Gu’an county, about 50 km south of Beijing, to see how China Fortune Land Development Co. worked with local officials to help lift gross domestic product (GDP) by a factor of five over the past 15 years.

The development project is being touted as a model for urban planning in relatively small communities across the country against the backdrop of central government efforts to control real estate prices and encourage economy-boosting collaborations between developers and local governments.


The policies build on a directive jointly issued in July by the Ministry of Housing and Urban-Rural Development, the National Development and Reform Commission and the Ministry of Finance that called for refocusing local economies in about 1,000 communities nationwide by promoting businesses tied to tourism, logistics, high-tech manufacturing, education and traditional Chinese cultural activities by 2020.

Simply put, Beijing wants real estate developers to do more to support economic development in the communities where they build and sell apartment complexes.

China Fortune’s residential-business development project with the Gu’an government is said to be a good example worth imitating nationwide, which is why the 3,100-square-meter exhibition hall, with displays of model industrial parks, is drawing crowds.

Indeed, China Fortune has in recent months launched Gu’an-like projects with local governments in about 100 communities in Guangdong, Anhui and Hubei provinces.

The model is also being used by Guangdong-based developer Country Garden, which in August announced plans to invest more than 100 billion yuan ($14.5 billion) over the next five years in 100 towns. The company expects to build residential complexes alongside business incubators for high-tech startups.

Zhejiang-based Greentown China Holding is also on board: In December, the company announced a plan for real estate developments tied to businesses in the agriculture industry in 100 towns nationwide.

Altogether, the Ministry of Housing and Urban-Rural Development was reviewing 156 similar proposals from developers nationwide as of Jan. 1.

The China Fortune-Gu’an government partnership dates to 2002, when local officials signed a 50-year agreement giving the developer land-clearing rights and permission to build residential complexes, an industrial park, a luxury hotel, a government office building, urban infrastructure and the exhibition hall that now touts its success.

The developer also agreed to recruit new businesses and investors to the county. Invitations were sent to computer and smartphone screen maker BOE Technology, the e-commerce company JD.com, China Aerospace Science and Technology Corp., and other companies.

BOE signed a deal with China Fortune in 2006 for the first phase of a plant complex project. The business went well, so BOE decided last year to invest 3 billion yuan to expand its Gu’an manufacturing capacity, the Securities Daily newspaper reported in January 2016.

China Fortune, whose chairman is billionaire Wang Wenxue, cut the deal at a time when Gu’an was one of Hebei’s poorest counties, with an annual GDP of about 3 billion yuan. As of last year, GDP had climbed to 18 billion yuan.

Getting much of the credit for sparking growth was the developer’s construction activity in an area that now includes an industrial park, shopping centers and office buildings and residential complexes.

Wang, a 50-year-old Hebei native who once ran a hot pot restaurant, is now one of the richest people in China with personal assets of 48.5 billion yuan, according to wealth tracker Hurun Research Institute. Before the Gu’an deal, he cut his teeth as a real estate developer by working with local officials in his hometown of Langfang, about 50 km southeast of Beijing, to renovate a government-owned housing complex.

It’s worth noting that China Fortune has benefited from a property market boom in the greater Beijing region that started more than a decade ago.

The company has been aggressively developing residential complexes in towns across Hebei, the province bordering Beijing municipality on all sides. And for good reason: Regional property values have soared.

Some real estate industry experts say fast-rising property prices in the Beijing-Hebei area inspired the Gu’an model and was at least partially responsible for its success. For that reason, they argue, the model might be difficult if not impossible to replicate in other parts of the country.

Outside Gu’an “nowhere in China is there a place so close to a metropolitan area where land and housing prices were very low and then enjoyed a sharp rise in a short period of time, fueled by urbanization,” one expert said.

But the financial framework for the China Fortune-Gu’an partnership also contributed significantly to its success.

At the heart of the framework is a revenue-sharing arrangement. China Fortune’s Meng said that under the arrangement, the Gu’an government reimburses China Fortune for its building investments with tax revenues collected from companies in the 30-square-kilometer industrial park. To get around restrictions on tax revenue use, money changes hands under the guise of payments for government contractor services.

An official with the Gu’an bureau of finance who declined to be named said that through the revenue-sharing agreement, China Fortune has invested about 32 billion yuan in Gu’an county over the past 15 years. Meanwhile, the county government has handed the developer 20 billion yuan in reimbursements.

Meng said that about 75% of the cash collected by the government from industrial park companies is now funneled to China Fortune, compared to 90% in 2005.

A Gu’an government finance bureau official told Caixin that about 40% of the country’s tax revenues last year were transferred to China Fortune.

But the 60% of tax receipts that the Gu’an government kept last year was a fortune compared to what it collected from taxpayers before the deal with China Fortune: The county’s total fiscal revenues soared to more than 8 billion yuan last year from just 90 million yuan in 2001.

An executive at a Beijing-based developer told Caixin that Gu’an officials support China Fortune’s industrial park investment by giving the company a better chance than others to buy land for residential projects. In fact, according to several sources at real estate companies who asked not to be identified, land auctions in Hebei involving China Fortune are rarely won by other developers.

Other sources close to China Fortune said Gu’an officials have favored the company in many ways. For example, plots originally designated for industrial construction have gotten a green light for residential use.

Industrial park revenues have increased slowly over the years. According to China Fortune CEO Zhao Wei, the park generated less than 1 billion yuan in tax revenues in 2016, or 10% of the county’s total. And companies in the industrial park came through with only 34% of the 120 billion yuan in investments planned for 2016, he said.

A former China Fortune employee who asked not to be named said the company typically launches home sales as soon as it acquires a plot. “It needs capital flow to support investments in industrial park investments,” the ex-employee said.

Thus, other developers across China may find the pre-construction sale aspect of the Gu’an model hard to replicate. China Fortune “won the bet in Gu’an,” said a company source. “But whether that can be repeated in other places is an unanswered question.”