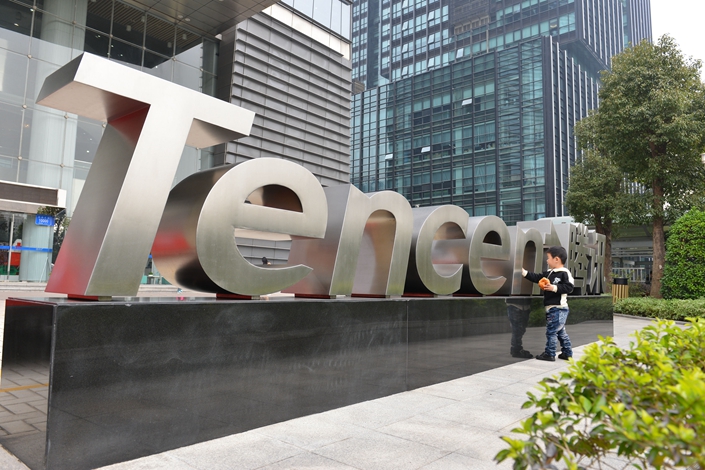 The Shenzhen-based owner of popular messaging app WeChat acquired 8.17 million shares of Tesla, giving it 5% of the California-based electric-car maker, for $1.78 billion, according to a U.S. regulatory filing Tuesday.

Analysts said the move will give Tencent a boost in the self-driving sector against early starters such as Baidu Inc. and LeEco.

“The investment is more than just financial. Tencent has already invested in autonomous driving and in AI,” said Ryan Roberts, an analyst at Hong Kong-based MCM partners. “This strategic move is upping the pressure on competitors.”

The news pushed Tesla’s shares up 2.6% at the end of trading today in New York.

In a public statement, Tencent said business partnerships were possible as a follow-up to the investment, though no specific plans were mentioned.

Tencent’s investment comes as Tesla has sought to raise money to support the production of its Model 3, targeting the affordable mass-market sector. Earlier this month, Tesla said it would sell $250 million of common stock and $750 million of convertible senior notes.

Chinese tech giants have invested heavily in automotive and navigation startups for new growth, and though Tencent’s advantage has centered on entertainment and social networking, the company has tentatively deployed investment in the area.

It joined but has since backed out of a deal with Taiwan’s Foxconn to back smart-car newcomer Future Mobility, scheduled to launch a self-driving car by 2020. Tencent’s official Autonomous Driving Labs was formed only in the second half of 2016, and since then has picked up pace in self-driving cars and navigation, buying 10% of European mapping specialist Here.

In mid-March, Tencent joined an investment round led by Baidu into Shanghai-based green-car startup NextEV, which is expected to launch a mass-produced vehicle in the second half this year.

Baidu's driverless-vehicle business dates back to 2014, when it began working with domestic automakers Chery Automobile Co. Ltd. and BYD to develop an autonomous car. Alibaba Group Holding Ltd. has showcased a smart vehicle made with state-owned SAIC Motor Corp. Ltd. that promises driverless functions in the near future. However, neither has begun mass production.

Another ambitious entrant in the industry is online video giant LeEco, with plans for an 11 billion yuan ($1.6 billion) plant in that will have the capacity to make 400,000 vehicles a year upon completion in 2020. LeEco is also backing Faraday Future, a U.S. startup now building a factory near Las Vegas, Nevada, that has promised to start delivering vehicles sometime next year.