By Sun Wenjing and Wu Gang 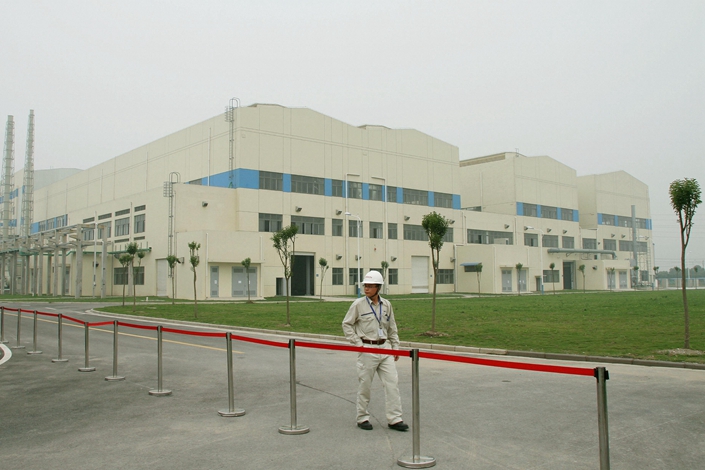 China’s State Nuclear Power Technology Co. (SNPTC) held an emergency meeting on Wednesday night, shortly after Westinghouse announced it would file for Chapter 11 bankruptcy protection because of a cash crunch caused by several stalled nuclear plants in the U.S.

Under the U.S. Bankruptcy Code, Chapter 11 protection frees a company from the threat of creditors’ lawsuits while it reorganizes its finances, but a majority of the company’s creditors must then accept the company’s reorganization plan. The company usually remains in control of its business operations and its assets during this process.

SNPIC has been working with Westinghouse to build state-of-the-art nuclear plants in Sanmen, Zhejiang province, and Haiyang, Shandong province. The reactors at the sites will have Westinghouse’s AP1000 technology — third-generation technology touted as far safer than the second-generation reactors commonly used worldwide. In addition, the newer reactors’ life span would be 60 years, rather than 40 years.

SNPTC said managers and technicians sent by Westinghouse to Sanmen, Haiyang and Shanghai are “stable and in good shape,” and that construction and debugging processes are moving on as planned.

With the four plants in the U.S. delayed, China could become the first country in the world to have the new technology in place.

SNPIC said Westinghouse promised to fulfill its contracts despite the reorganization.

Since the 2011 Fukushima nuclear accident, China has slowed down or even suspended the approval of nuclear projects. However, China is eager to change its current fossil-fuel heavy power structure. China’s National Energy Administration said in February that the country is planning to start construction of eight nuclear reactors this year, including the two with third-generation technology.

Chinese nuclear companies have been developing their own third-generation nuclear technology, and hope to compete in the world market.

A Chinese-French consortium by China General Nuclear Power Group and Electricite de France SA signed a deal in September to build a nuclear plant in Britain.

Half of the world’s 430 nuclear power reactors use Westinghouse technology, according to the Washington Post. But due to the global financial crisis and the nuclear accident in Japan, the onetime U.S. company has had trouble since Toshiba Corp. took it over in 2006.

In its court filing on Wednesday, Westinghouse said it has secured $800 million in financing to fund its core businesses during its reorganization, Reuters reported.