By Hou Wen and Fran Wang 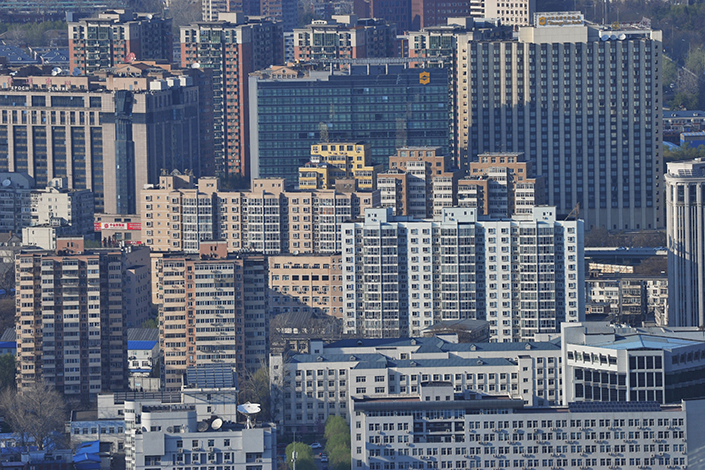 Beijing municipality's moves to crack down on its overheated property market has drawn praise from China's Ministry of Housing and Urban-Rural Development, which is citing the city as an example of how other local governments should deal with the problem. Photo: IC

(Beijing) — China’s Housing Ministry is suggesting that local authorities can learn from the Beijing municipality’s tightening of its property-sale policies, as the central government promises to come down hard on violations of real estate law.

Beijing’s housing department, which has imposed what analysts say are the stiffest restrictions in the country, was invited by the Ministry of Housing and Urban-Rural Development to present its policies and achievements at a Wednesday teleconference on regulating real estate development, sales and broking activities.

The knowledge gained from the city’s experience was “worth learning” by other local governments, the ministry said, according to a statement on the meeting that was posted Thursday on the website of the land resources and property management bureau of Qingdao in the eastern province of Shandong.

Zhang Dawei, an analyst with real-estate agency and research firm Centaline Property, told Caixin on Friday that this was the first time in recent years that the ministry has promoted a particular city’s property control strategy at a national-level meeting.

“Beijing was lauded because its policies were not only severe, but also introduced in a timely manner,” Zhang said. “It also tightened policy in areas authorities had never touched before, such as commercial property.”

Beijing has been a front-runner in this round of property curbs brought in since the end of September, which has involved more than 40 cities across the country, he said.

It has further stepped up restrictions since March 17, introducing nine real estate-related rules within 10 days. Among those are raising the percentage of the purchase price required for down payments, increasing mortgage rates, enhancing scrutiny of purchases by divorcees who may be ending their respective marriages to circumvent home-buying limits, and imposing tougher home-buying eligibility requirements for those who are not registered as local residents.

On Sunday, the city government blocked the conversion of commercial buildings — mainly offices and shops —into homes without government authorization, and prohibited individuals from buying such projects that are currently under construction or for sale. The move closed a loophole long exploited by developers and consumers to skirt house-purchase restrictions.

The Housing Ministry also said at Wednesday’s teleconference that strengthening controls over the existing-home market was a “most urgent task,” while calling on local authorities to take appropriate measures to suit specific circumstances.

It pledged to crack down harshly on any foul play as soon as it emerges, particularly hoarding housing supplies to push up prices, spreading rumors to “misguide market expectations,” and fabricating documents for property transactions.

The ministry will coordinate with financial authorities to crack down on illegal financing in the market, such as using loans for down payments, according to the statement.

It published a list of 30 property developers and real estate agencies that have been or will be punished for such offenses. Centaline’s Zhang said the penalties ranged from fines to revoking of business licenses.

The ministry’s call was heeded by local governments almost immediately. Guangzhou, the capital of the southern province of Guangdong, announced a day after the meeting new steps it is taking to contain its real estate market, including banning individuals from buying commercial property starting Friday.