By Yuan Suwen and Chen Na 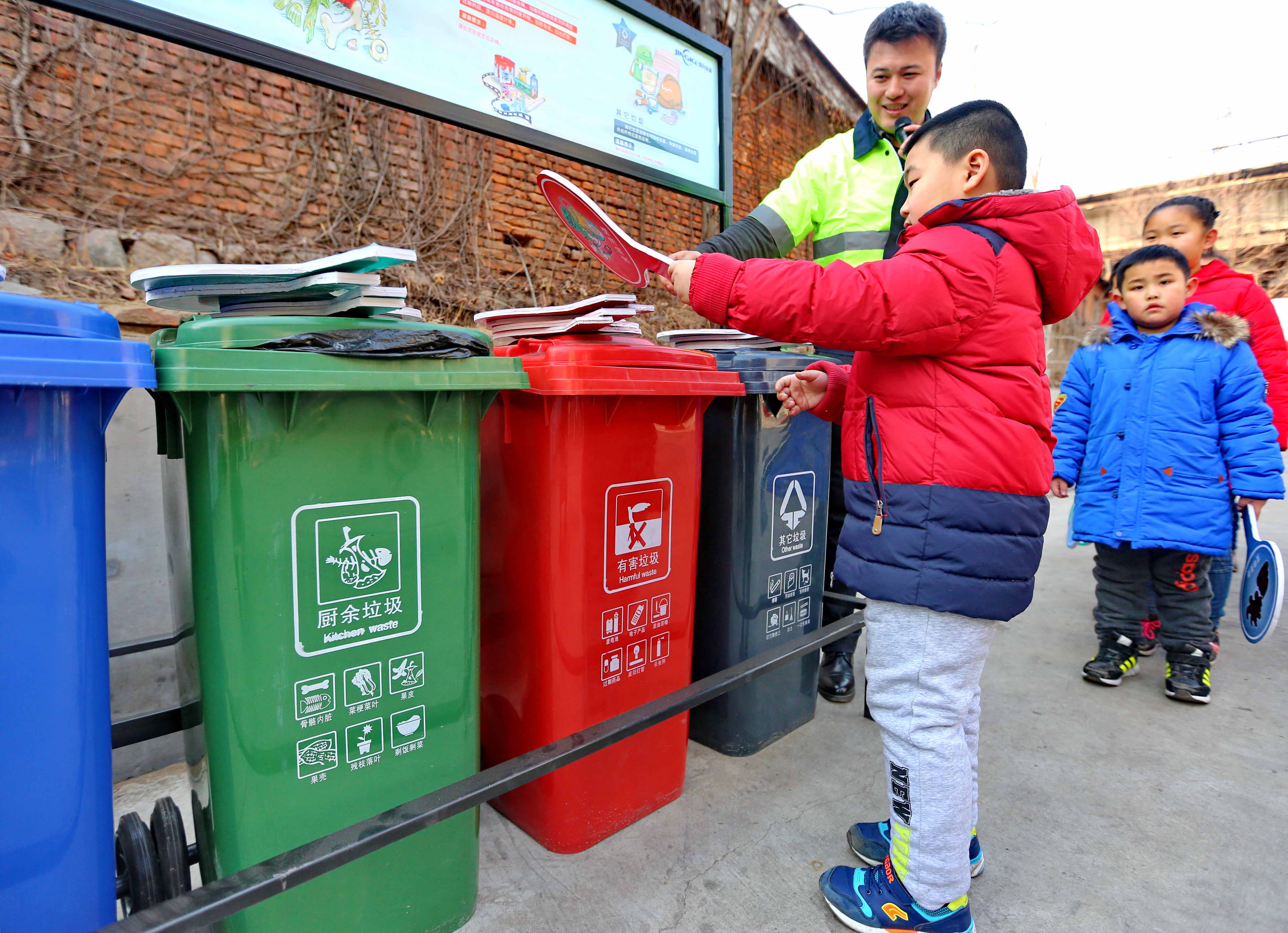 A community worker teaches children to sort waste during an awareness campaign in February in Qinhuangdao, Hebei province. Photo: IC

(Beijing) — China will require government agencies, public institutions and companies in major cities to sort their garbage, as alarm grows over the health and environmental impact of the country’s current waste-disposal program.

Forty-six cities must implement a waste-sorting system and reach a recycling rate of at least 35% by 2020, China’s cabinet announced Thursday. The cities include four municipalities and the capital cities of each province.

The cabinet ordered the cities to come up with comprehensive plans on how to sort, transfer and dispose of garbage by the end of this year.

While the new requirements don’t extend to households, the cabinet in its statement urged local governments to “guide” residents to separate moist kitchen waste from dry garbage.

The new rules come as environmentalists and health researchers have turned a spotlight on the dangers of unsorted trash.

Dwindling space in landfills has meant more burning of trash, which can include dangerous chemicals that cause serious health ailments. Public protests have erupted over the increase in incineration as communities worry about stench and the risk of toxic emissions.

Recycling, they contend, not only is safer for people and the environment but also dramatically reduces the cost of waste disposal. A recent report by Renmin University of China concluded that a recycling program would reduce the amount of garbage that ends up in incinerators by two-thirds and reduce disposal costs by 64%.

Advocates for a better way to deal with trash got a big helping hand in December when President Xi Jinping called for government agencies to speed up development of comprehensive plans.

The National Development and Reform Commission (NDRC), the country’s top economic planner, followed suit in January by announcing it would spend 252 billion yuan through 2020 tackle the garbage problem.