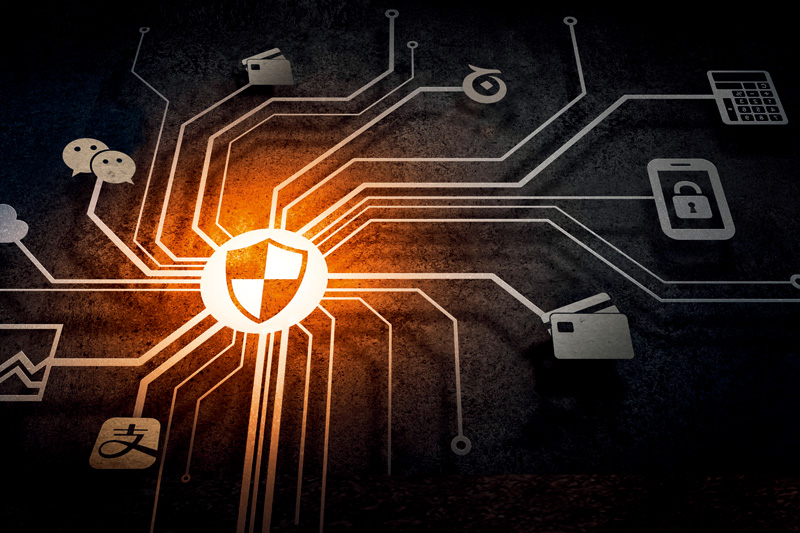 (Beijing) – A trial run of a new clearinghouse for online payments began Friday, a key step as China moves to put its $14 trillion third-party payment market under closer scrutiny.

More banks and payment companies will join the platform after the trial run, according to PCAC. The industry group has led efforts to develop the clearinghouse and is also an investor.

Online payment services are hugely popular and ubiquitous in China as users download a payment app on their phones and link their bankcards to the account. They are used to pay at major shopping websites, convenience stores, coffee shops and even street vendors. China has about 200 third-party payment providers, which handled 99 trillion yuan in online transactions in 2016, according to the central bank.

The new platform handled its first online payment clearance for Tenpay, involving a transaction between Bank of China and China Merchants Bank. The new clearing platform cuts the direct link between third-party payment providers and banks. Instead, the platform administered by the People’s Bank of China becomes the intermediary for clearance of all transactions.

Caixin learned from sources close to the matter that four commercial banks and the three biggest payment providers -- Alibaba Group-affiliated Alipay, Tencent Holding's Tenpay and JD.com’s Chinabank Payments – are among the first institutions to be connected with the platform.

Other payment companies including Wanda Group’s 99bill, Ping An Group’s 1Qianbao and Baidu’s Baidu Wallet – as well as more banks – will join in following months, the sources said.

Unlike offline bankcard payments, which are processed mostly through the state-backed clearing system UnionPay, the majority of online payments are handled separately under different terms between payment service providers and banks. This practice has raised concerns because it is difficult for banks to maintain consistent standards and control risks.

In the future, a third-party payment provider will be able to choose to join either the new online clearinghouse or UnionPay, but “will not be allowed to directly facilitate transactions with banks,” a central bank official said.

UnionPay charges banks and other companies a fee for using its network. Online payment providers currently negotiate with banks directly to set inter-bank transaction fees. The central bank official told Caixin that the new clearinghouse will also charge payment companies a fee for its services, but those fees won’t be higher than current costs. Customers will not be affected, the official said.

The central bank is the largest shareholder of the new clearinghouse, which has 2 billion yuan in registered capital, sources close to the matter told Caixin. Through six subsidiaries, the central bank holds a 30% stake, with 700 million yuan invested.

The rest of the new clearinghouse’s equity is shared by 38 third-party payment companies. The biggest payment players, Alipay and Tenpay, each holds about a 10% stake, sources said.

The clearinghouse adopted a multi-center structure to ensure security and has an initial processing capacity of 1,200 transactions a second at the trial-run stage, according to sources close to the central bank.

In earlier interviews, sources close to the central bank told Caixin that the bank was hoping the system could have the capacity to handle 120,000 transactions a second, compared with 86,000 by Alipay and 65,000 by VisaNet, the online payment service of Visa.

Regulators have issued a series of new rules over the past year to tighten supervision on the booming online payment sector, which has been criticized for sidestepping needed oversight. The central bank issued a policy last June stopping payment companies from earning interest on the massive amounts of customer funds temporarily stored in their accounts.