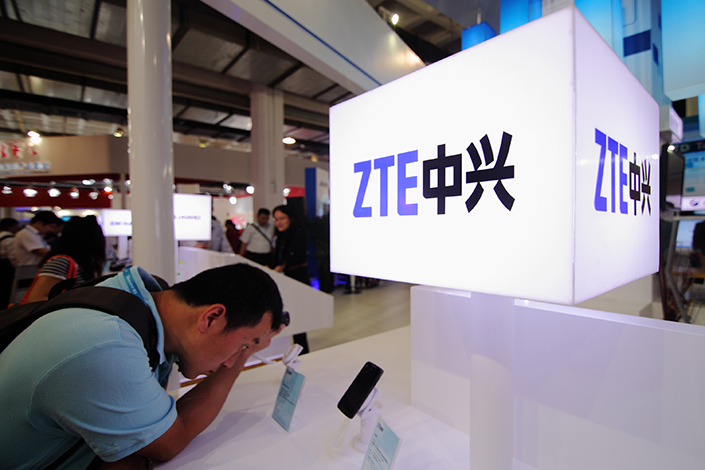 (Beijing) — The former head of ZTE Corp.’s mobile phone division has resigned from his current post as its executive vice president after failing to rejuvenate smartphone sales at China’s major telecom equipment provider.

Zeng Xuezhong, who had held his last post since October, cited personal reasons for his departure, according to a company statement on the Shenzhen bourse Wednesday.

In 2013, Zeng became the youngest vice president at 40 years old at China’s second-largest maker of wireless equipment, when ZTE appointed him to oversee its newly independent mobile device business.

ZTE’s smartphone business has declined since 2012, when it was the largest Chinese cellphone brand with a 17% market share worldwide, according to IT research firm Gartner. At the end of 2013, when Zeng became head of ZTE’s mobile phone division, the company was not present on the list of China’s top five smartphone vendors, having suffered a 25% drop in revenue that year, IDC data show.

Zeng actively pursued a consumer-friendly approach for the smartphone division, seeking to shake up a previously heavily enterprise-oriented model.

Despite efforts to streamline products and a 50% revenue increase, ZTE’s performance has paled in comparison to consumer-device upstarts such as Huawei Technologies Co. Ltd., Oppo Electronics Corp. and Vivo Technology Communication Co. Ltd. Oppo and Vivo’s international sales have surged in the past two years, while Huawei has steadily gained ground since 2014.

Under Zeng’s management, ZTE missed a 2015 sales target of 60 million devices by 4 million. Although he set a sales goal of 70 million for the following year, he did not have an opportunity to prove himself as he was demoted to executive vice president in October 2016 and assigned to assist the newly appointed head of the division, Yin Yimin.

Yin was promoted to CEO of ZTE in March, less than seven months after taking over from Zeng, who submitted his resignation two weeks after Yin’s promotion.

ZTE’s revenue grew 1% in 2016 and it remains the 10th-largest smartphone brand globally, with a 3.5% market share, marginally up from 3.4% in 2015. It posted a loss for the fourth quarter of 2016 after making provisions to pay a record $900 million fine for violating U.S. sanctions with Iran and North Korea.