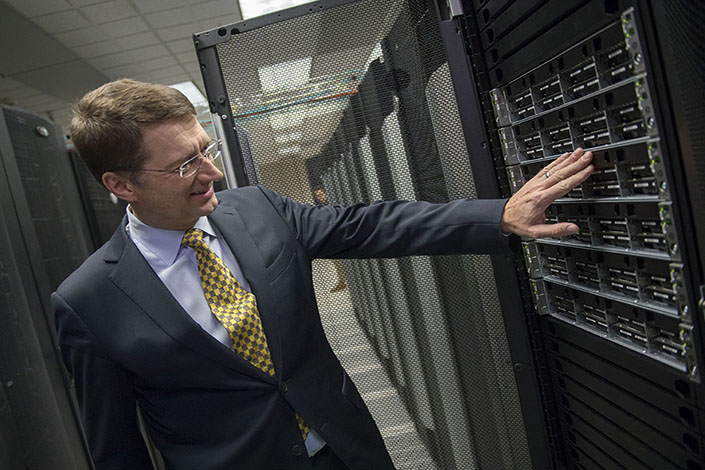 Chalk up another win for the machines in their battles against humans — this time with six top Chinese poker players being walloped in a five-day Texas Hold’em extravaganza.

“The most challenging part during the game was to control my emotions,” Xu Chaojun, one of the six Chinese players, told Caixin. “Intelligence is not a problem,” Xu said.

Lengpudashi, or “Cold Poker Master,” might disagree on how much managing emotions versus raw intelligence led it to victory. But whatever the mix, the artificial intelligence (AI) program played 36,000 hands against the humans over the five-day event in southern China’s Hainan province. Lengpudashi ended up with 792,000 points, while all six humans owed chips.

Lengpudashi was developed by Carnegie Mellon University in Pittsburgh, Pennsylvania. It is a version of Libratus, an artificial intelligence bot developed by the same team that in January became the first AI to beat four top poker pros in a 20-day tournament in Pittsburgh.

In chess and Go, players see everything on the board. Not so with poker. No player knows precisely what cards the others have, and all players must be able to bluff and recognize their opponents’ bluffs.

Specifically, in Texas Hold’em, two “hole cards” are dealt to each player face-down, and only the receiving player may see them. Each player also gets five “community cards” — which everyone can see — in three stages. A player places bets based on what they believe is their best five-card hand with their available seven cards.

“I want to explore various commercial opportunities for this in poker and a host of other application areas, ranging from recreational games to business strategy to strategic pricing to cybersecurity and medicine,” Tuomas Sandholm, co-creator of Libratus/Lengpudashi with his doctoral student, Noam Brown, said in a release.

Lee Kai-fu, former Greater China president of Google Inc. and founder of venture capital firm Sinovation Ventures, one of the organizers of the showdown in Hainan, said the AI programs such as AlphaGo can help with stock trading, financial analysis and investment banking, while technologies used in Texas Hold’em AIs demonstrate the opportunity for machines to explore human feelings, “which can be applied in commercial negotiation and even diplomacy.”

While Lengpudashi may have outsmarted its human challengers, it has one thing yet to figure out: how to spend its prize of 200 million yuan ($29 million).