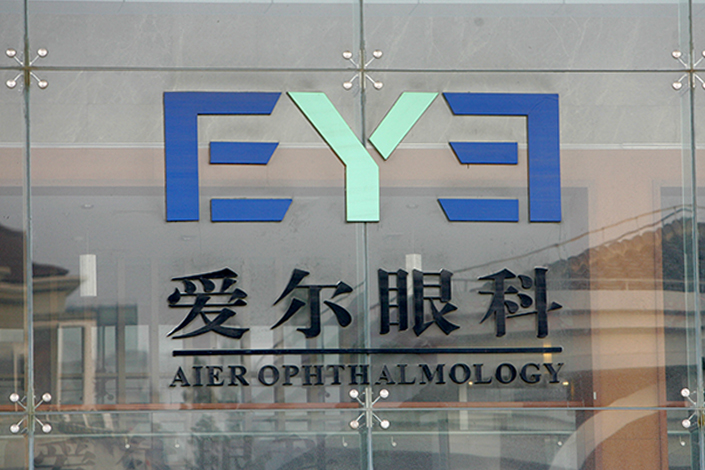 (Beijing) — Aier Eye Hospital Group Co. Ltd. said on Wednesday it will pay up to 152 million euros ($161 million) for as much as 90% of European peer Clinica Baviera SA, one of the largest such cross-border takeovers by a new field of private companies from China’s medical sector.

Six of Clinica Baviera’s major shareholders have agreed to sell 59% of the company’s total shares to the Chinese firm, which is launching the offer through its European unit, Aier Eye International (Europe), Aier said in a statement to the Shenzhen Stock Exchange. Aier said it is offering to buy all of Clinica Baviera’s shares for a price of 10.35 euros each.

Aier added that about 10% of Clinica Baviera’s shares held by its founders and key managers aren’t for sale, meaning it could ultimately purchase up to 90% of the company’s total shares.

Based in Spain, Clinical Baviera offers its eye-care services through 76 clinics in its home market, as well as Germany, Italy and Austria. The deal marks the third overseas purchase for Aier following similar acquisitions in Hong Kong and the U.S.

“Our purchase of Europe’s biggest eye clinic chain represents a big step forward in the company’s global expansion strategy,” Aier said in a statement. “At the same time, we can draw on our team of international experts to improve care over the longer term for domestic patients … and advance our goal of improving the company’s overall competitiveness and international influence.”

Aier’s shares have jumped nearly 5% over the last week after rumors of the takeover first emerged. Clinica Baviera shares are up 7% this week, and now trade 10.32 euros.

With a market value of 32 billion yuan ($4.6 billion), Aier is among a growing field of privately owned clinic operators in China, a group that is carving out a place in a market traditionally dominated by big government-run hospitals. Their emergence is being fueled in part by growing demand for elective procedures such as laser-vision correction and cosmetic surgery.