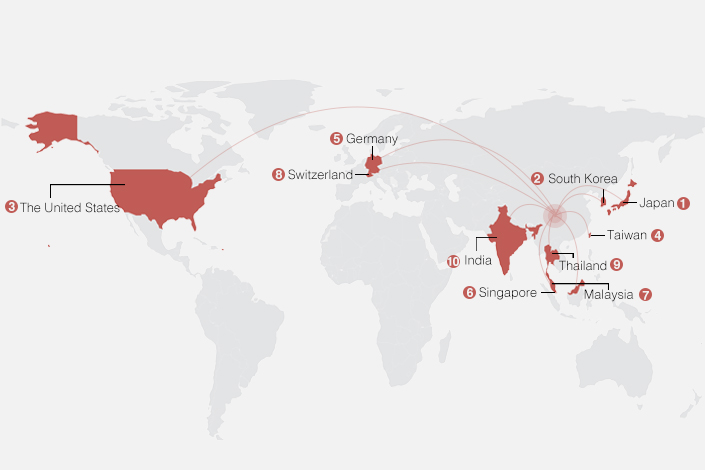 (Beijing) — U.S. hospital chains are trying to carve out a slice of China’s growing medical pie, by joining hands with private hospitals on the mainland.

For years mainland patients, dissatisfied with overcrowded facilities and the lack of access to the latest medicines and treatments at home, have headed overseas in search of top-notch health services. But now, the clamor for more care options by China’s rising middle-class is attracting foreign players to Chinese shores.

Two American hospitals have become the latest addition to a growing list of about 100 foreign clinics that have partnered with local health service providers in recent years. Last week, the Massachusetts General Hospital said it has partnered with China’s Jiahui Health Network to open a cancer hospital in Shanghai in October.

New Jersey-based Children's Specialized Hospital said it had inked a partnership deal with health care investment firm LIH Investment & Management Co. Ltd. last month to open a rehabilitation center in the southern city of Shenzhen for children with severe injuries or those suffering from mental illness or developmental disorders.

Both U.S. hospitals said they will be sharing their expertise in patient care and nursing, and offering guidance to their local partners on hospital administration. They are also looking at the possibility of a physician exchange and other training programs, the hospitals said in statements.

Beijing has allowed clinics wholly-owned by foreign capital to operate in the country since 2010. But only a few overseas hospitals have set foot in the country so far given the bureaucracy involved with getting the relevant approvals. The country’s first foreign hospital, Landseed International Hospital in Shanghai, launched by Taiwan’s Landseed International Medical Group in 2012, had to obtain 150 government-sealed documents for approval, Hanson H. Li, an executive director of Huatone China Strategic Investment Solutions Inc., said in an opinion piece in The New York Times.

Most foreign clinics are also not covered by the state-backed insurance system, which most patients are enrolled in, given that there are no clear policies to include them in the program. In 2015, Chinese policyholders paid 241 billion yuan ($35 billion) for private medical insurance, according to a report by Boston Consulting Group and insurer Munich Reinsurance Company. But, the government-backed medical insurance program collected four-times more in premiums, or 1.1 trillion yuan that year, according to the Ministry of Human Resources and Social Security.

These entry-barriers have kept foreign clinics at bay for years, but many have turned to joint ventures with local health care partners in recent years.

In 2015, Beijing-based medical group Amcare Corp. partnered with well-known U.S. medical services group Mayo Clinic starting off a trend that is expected to pick up steam in coming years.

That is because China health expenditure accounted for only 5.5% of total gross domestic product (GDP) in 2014, far behind the world’s average of 9.9%, according to the World Bank, which offers a large opportunity for health care providers to exploit.