WeChat Beefs Up Its Search Functions 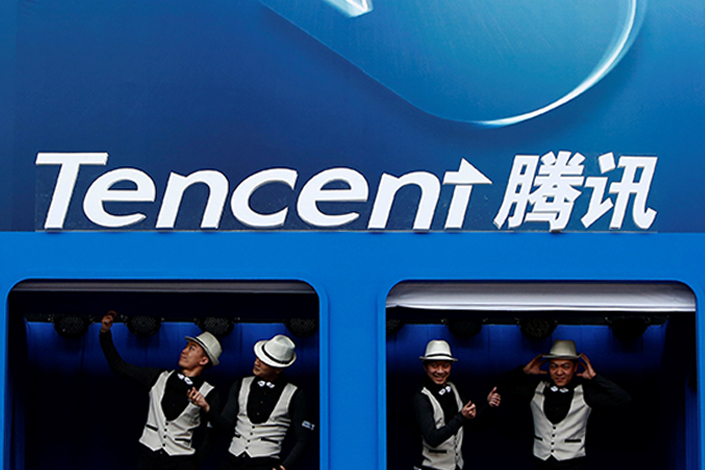 WeChat is owned by tech giant Tencent Holdings Ltd., which has been a comparatively small player in search functions on the internet compared to China’s No. 1 search engine Baidu. Tencent owns a 45% in Sogou, which is able to reach the massive amount of content published daily on WeChat, an edge that Baidu and other players don’t have.

“If Tencent were to inject these assets into Sogou in exchange for increasing its stake, that could make Sogou a much more interesting search-engine proposition,” said Ryan Roberts, an analyst at Hong Kong-based MCM Partners.

WeChat will consolidate search-related employee teams and functions within the business division, the company said in a statement to Caixin on Tuesday.

WeChat is one of Tencent’s most active products, with more than 900 million users each month who spend an average four hours a day on the platform. WeChat users can read their friends’ social networking posts, browse articles, and pay for such things as restaurants and haircuts.

Millions of pages are published each day via subscription accounts on the platform — a deluge of information that is largely unreachable by Baidu searches. While Sogou’s influence trails far behind Baidu, hosting only about 10% of total searches in China, it offers a way to access these articles.

In January, Sogou’s CEO Wang Xiaochuan revealed plans for a U.S. IPO within the year during an interview.

Tencent delegated Sogou to operate its search-related business in 2013, when it acquired a 37% stake in the company, which is owned by NASDAQ-listed web portal Sohu. At the time, Tencent injected its homegrown search engine, named Soso, into Sogou, abandoning an uphill battle in search ventures against larger rivals such as Baidu.

Baidu accounts for about 65% of searches, according to traffic monitor 51.la.

Even after merging search functions with Sogou, Tencent did not completely give up on search. Around 2013, WeChat saw an explosion of content on the closed platform, and soon rolled out a search function within the app. By 2015, WeChat began allowing users to search for information on the broader internet, and now also supports searches of social media posts made by friends, akin to Facebook.

Consolidated operations at WeChat may indicate a ramp-up of search functions for the social networking and entertainment giant Tencent, which may eventually be introduced into Sogou, similar to its previous service, Soso. But others believe that the step is an incremental one that doesn’t burden Tencent with vast expectations.

“Tencent may want to experiment with its own search within WeChat to diversify,” said another Hong Kong-based analyst. “It’s something Baidu has not been focusing on. They (Tencent) probably see it as a small business venture,” he said.