In Depth: A Maze of Capital Leads to Anbang’s Aggressive Expansion 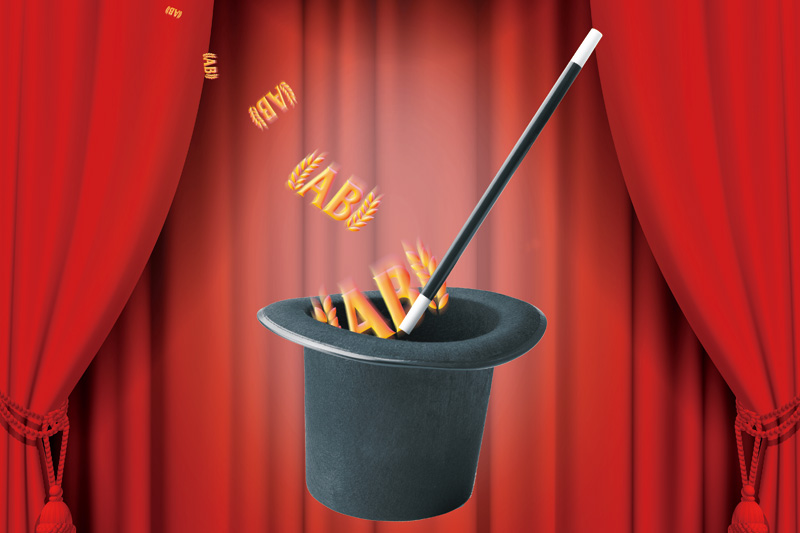 Anbang was asked by New York regulators to provide more detailed information about its ownership structure and major shareholders, a person close the deal told Caixin. But Anbang failed to provide the information — and the deal fell apart in late April.

Founded in 2004 as a property insurer with 500 million yuan ($72.7 million), Anbang is now the third-largest insurer in China by assets and undoubtedly the biggest one out there buying.

In an 18-month period beginning October 2014, Anbang spent around $16 billion in its overseas shopping spree, which, in addition to the Waldorf Astoria, included U.S.-based Strategic Hotels & Resorts in 2016 for $6.5 billion, according to media reports and public documents.

At home, the insurer has become a major shareholder of a number of financial institutions, property developers and other companies, including Minsheng Bank, Financial Street Holdings and Gemdale Group, by acquiring their publicly traded shares.

The opaque Chinese company is tightly held. Its shareholders have increased from seven to 39, while its registered capital ballooned to 61.9 billion yuan ($8.9 billion) by September 2014. Behind the swelling capital are a series of complicated transactions that form a maze of capital flow involving more than 100 companies, all linked to the company’s mysterious Chairman Wu Xiaohui.

Anbang’s aggressive buying has fueled questions over the company’s source of capital. Although Anbang’s registered capital is now the largest of any insurer in China, the company’s insurance business ranks relatively low in the industry.

According to the China Insurance Regulatory Commission, Anbang’s property insurance premium totaled 5.3 billion yuan in 2015—at 16th place among the country’s property insurers, with 0.62% share of the market.

The company’s life insurance business, launched in 2010 through two subsidiaries, accounted for 1.4% of the market total in 2013.

Anbang’s life-insurance premium business started to take off beginning in 2014, thanks to the boom of the so-called "universal life insurance"--a type of policy that combines a death benefit with a high-return investment. In 2014, Anbang’s life insurance subsidiary Anbang Life Insurance Co. reported 52.9 billion yuan in premium revenue, surging from 1.37 billion a year before, according to the Chinese insurance regulator. 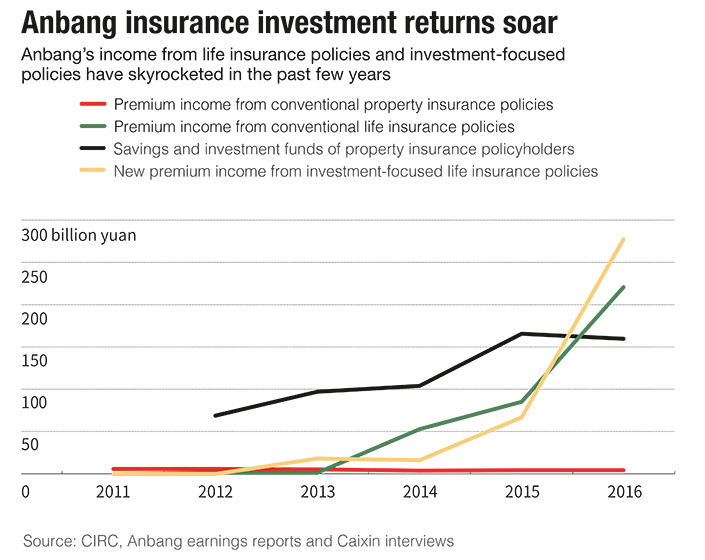 Compared to other insurers, Anbang has relied much more on bank partners to sell its universal insurance policies, targeting retail investors seeking higher-return wealth management products rather than protection. In 2014, more than 96% of Anbang’s life insurance policies were sold by banks, compared with 39% of the industry average, according to data from Dagong Global Credit Rating Co.

The sale of such policies generated significant funds for insurers and empowered them to make more investments. But to attract investors, such policies often offer high yield with a short maturity periods. That can create huge uncertainty in terms of cash flow and liquidity management for the insurer, analysts said.

Financial reports of Anbang’s subsidiaries showed that between 2004 and 2016, Anbang’s total operating revenue--including insurance premium, investment return and other income--totaled about 400 billion yuan. But between October 2014 and March 2016 alone, the company had spent over 100 billion yuan in overseas acquisitions.

Behind Anbang are 39 corporate shareholders, 31 of whom were added in two batches of investments in 2014.

Through subsequent fundraising, Anbang increased its registered capital to 5.1 billion yuan in 2009 and 12 billion yuan in 2011. The influence of SAIC and Sinopec gradually dwindled as new stakeholders arrived.

But a Caixin investigation in 2015 found that every new shareholder joining Anbang in 2014 had undergone a shareholding restructuring or fundraiser that increased its registered capital in 2014. Most shareholders are small, obscure companies, including auto dealerships and mine operators. Most are registered in Chengdu, Shanghai, Shenzhen or Hangzhou.

Caixin found from business registration documents that nine investors among Anbang’s 2014 fundraising registered their businesses in the southwestern city of Chengdu on the same day: Dec. 10, 2012. Each held an initial shareholder meeting at the same venue.

The nine companies’ capital transfers into Anbang were made through their accounts in Chengdu Rural Commercial Bank Co., which Anbang has controlled since 2011. All of their transactions were verified by the same accountants at Sichuan Tianren Accounting Firms Co.

Anbang’s 37 non-state shareholders are held by another 64 companies, business records from the National Enterprise Credit Information Publicity System indicate. Many of these companies share the same office address or contact information, according to their business registration documents. And many of them have investments in one another.

Whether Anbang really has 61.9 billion yuan sitting in its accounts as it claims is uncertain. Business documents spotlight frequent capital transactions between Anbang and its affiliated companies hidden behind layers of shareholders, which allows capital to flow back and forth among Anbang and its shareholders.

For instance, Anbang’s property insurance subsidiary Anbang Property and Casualty Insurance Co. Ltd. invested a total of 27 billion yuan into six companies between March and May 2014, and withdrew its investments in these companies by late November that year, according to the companies’ business registration documents.

All six companies have shareholders who in turn made investments into Anbang’s direct or indirect shareholders between late 2013 and 2014, the documents show.

Layers of transactions may amplify Anbang’s registered capital. Business registration documents of all Anbang’s shareholders indicated that the last layer of Anbang’s investors are 49 companies controlled by 86 individual investors.

The 49 companies have a total of 2.4 billion yuan in registered capital; the 86 individual investors’ total shareholding is worth only 560 million yuan, company documents showed.

As of early 2016, the two groups of investors owned a combined 28% of Anbang through layers of companies. But their portion recently fell to under 14% after dozens of shareholding reshuffles in companies linked to Anbang since late 2016, business registration documents show.

Click the photo below to see an interactive chart illustrating Anbang's layers of cross-investment (in Chinese):

This article has been corrected. Anbang has become a major shareholder of a number of financial institutions, property developers and other companies, including Minsheng Bank, Financial Street Holdings and Gemdale Group, by acquiring their publicly traded shares.

The Chinese version of this article was corrected on May 15.