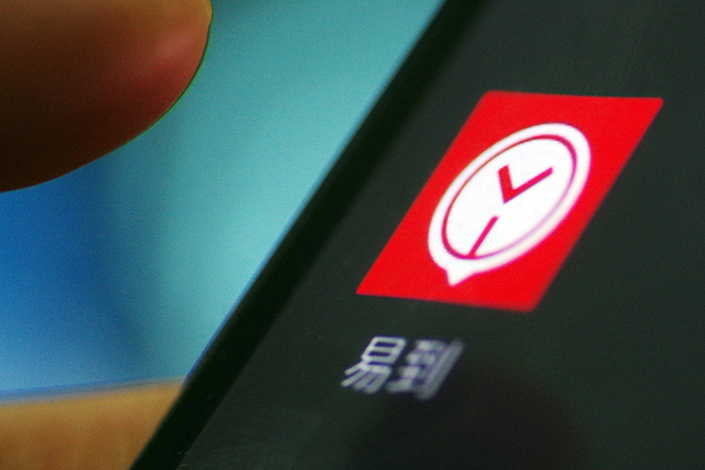 (Beijing) —Yidao Yongche — China’s second-largest ride-hailing company — announced on Monday it had been granted a national license that makes its operations legal, and hailed the development as a ticket to healthier finances.

The news comes as Yidao drivers continue to complain of unsettled payments and a recently disconnected customer-service line.

LeEco-affiliated Yidao has received an operational license that makes its app legal throughout the country. The cash-strapped company called the news “a historical turnaround” and a “revival from a state of despair.”

“This means that Yidao will soon solve the current cash crunch, and shows the promise of expediting a new funding round,” the company said in a statement — an apparent acknowledgement of the company’s current lack of funds and its dwindling number of orders as customers lose faith in the platform.

Furious drivers recently have been crowding Yidao’s offices in Beijing, pressuring the company to let them access the money they have earned. Most have been sent away with promises that their money will land in their bank accounts within two weeks, but many drivers still complain in online discussion groups they have not been paid on schedule.

Yidao founder Zhou Hang earlier accused LeEco, its largest stakeholder with 70% of the company, of “misappropriating” 1.3 billion yuan ($189 million) of Yidao’s funds, calling it “the most direct reason” for Yidao’s cash crunch. These allegations have been denied by LeEco, which asserts instead that it provided crucial funds to support Yidao’s heavily subsidized rides.

Yidao, a leader among the smaller players in the car services market, is the fourth company, after Ucar, Shouqi and Didi Chuxing, to be awarded a ride-hailing license under new regulations that took effect in November.

Receiving the new license will likely reassure investors that the future of the ride-hailing operator is no longer threatened by regulatory risks — a fear that the company maintains has been a stumbling block to launching new rounds of fundraising.

Market dominator Didi received its operational license in March, and proceeded to complete a $5.5 billion round of funding late last month.

In addition to the operations license, however, companies must also negotiate separate transportation licenses with individual local governments to give legitimacy to the vehicles using the app. Yidao and Didi recently encountered headwinds in the industrial city of Batou, in Inner Mongolia, which ordered all ride-hailing operators to suspend their services because they had not been granted a local transportation license.