By Yang Mengqi and Yang Ge 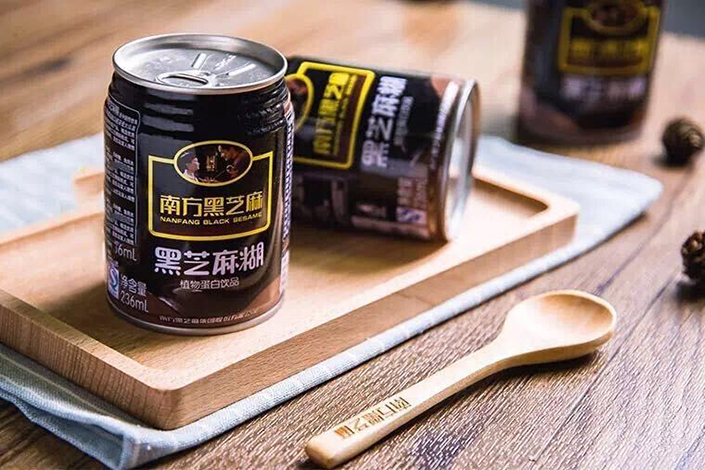 Nanfang Black Sesame will pay for the purchase through a combination of 139 million yuan in cash and 81.6 million new shares, which it will issue at a price of 6.88 yuan apiece, according to an announcement dated on Tuesday.

The company’s Shenzhen-listed shares have been suspended since the end of December, at which time they last traded at 8.06 yuan. On Wednesday, it issued an announcement saying trading will not resume while the purchase was still in progress and as it conducts a series of other strategic moves.

Nanfang Black Sesame reported its profit tumbled nearly 90% in 2016 to just 16 million yuan, even as its revenue rose 23% to 230 million yuan. The company blamed a number of factors, including disappointing performance of a TV program it co-produced as a marketing tool, and another acquisition.

Media reports also pointed out the company was the subject of negative publicity after some of its signature sesame products failed twice to meet food safety standards. Makers of food products without strong online strategies have also been suffering more broadly, as e-commerce specialists like JD.com Inc. and Alibaba Group Holding Ltd. move aggressively into the online grocery space.

By comparison, LDD, which trades on China’s over-the-counter style New Third Board, has grown rapidly since launching its business in 2015. The company reported its 2016 profit more than tripled to 32.6 million yuan, while its revenue grew by a similar amount to nearly 600 million yuan. The company helps its customers distribute their products through a number of online e-commerce channels, with a special focus on food products.

The agreement also includes incentives for LDD to reach profit targets of 60 million yuan, 75 million yuan and 90 million yuan in the three years from 2017 to 2019 respectively.