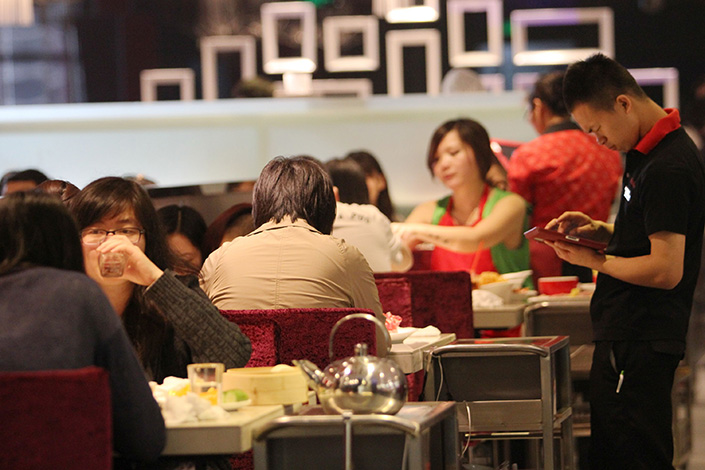 (Beijing) — A second sister company of top hot pot chain Sichuan Haidilao Catering Co. has gone public, heating the waters in a thriving Chinese restaurant sector as Haidilao itself reportedly is eyeing an initial public offering (IPO) that could be the largest ever for a local homegrown business.

Controlled by two of Haidilao’s four co-founders, Youdingyou lost money in 2014 and 2015 before returning to profitability in the first eight months of last year. It has relied on the far-larger and highly popular Haidilao for funds to help finance its operations.

The pair of listings has heated up talk surrounding Haidilao’s own IPO plans, which have bubbled in and out of the headlines for the last six years.

In 2011, Zhang Yong, Haidilao’s co-founder and president, was quoted as saying an IPO would benefit his company. In late 2015, the company was reported to be considering a $300 million Hong Kong IPO, according to a Bloomberg, which said the listing could come as early as 2016.

Haidilao has yet to reveal any IPO timeline and told Caixin it has no immediate plans for such a listing.

“Haidilao has been cautious about going public, and is testing the waters by getting two sister companies traded on the stock exchange markets,” said Neil Wang, Greater China president of consultancy Frost & Sullivan, which acted for Yihai in its 2016 Hong Kong IPO.

In China’s catering industry, only a handful of companies have been publicly listed. Wang said that Chinese restaurants faced difficulties standardizing operations, making it hard for them to expand to national and even international level and achieve the scale needed to attract investors.

But Haidilao has had an easier time due to its hot pot format, which revolves around raw ingredients boiled in a pot at customers’ tables and is relatively easy to standardize. That has allowed Haidilao to open nearly 200 branches in China, the United States, Singapore and South Korea.

One of Hong Kong’s largest IPOs to date for a Chinese restaurant operator came in 2007, when the China unit of Japan’s Ajisen Ramen raised about HK$1.5 billion ($193 million) in a public listing. The China unit of Yum Brands Inc., operator of the KFC and Pizza Hut chains, was also spun off for a separate listing in New York last year.