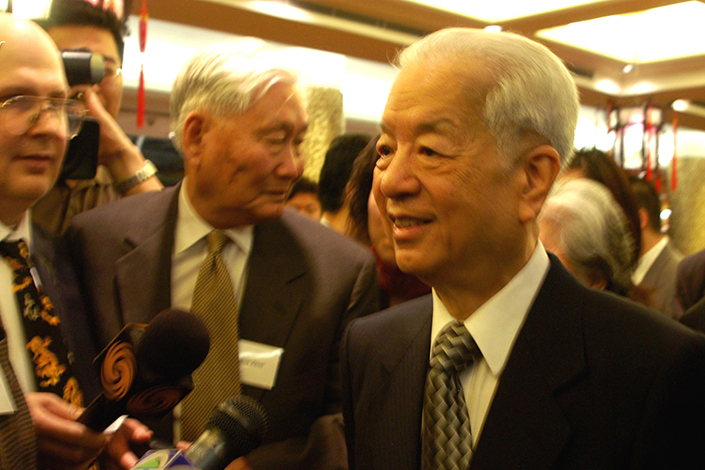 Qian Qichen, one of China’s longest-serving foreign ministers and the diplomat who headed the separate negotiations on Hong Kong’s and Macau’s return to Chinese sovereignty, died in Beijing on Tuesday night.

Qian played a major role in negotiations with Britain over the return of Hong Kong in 1997. He headed a preparatory committee for the future Hong Kong Special Administrative Region from 1993 to 1995. In April 1998, he was appointed chairman of the Macau SAR Preparatory Committee.

Hong Kong became a special administrative region of China on July 1, 1997. Macau attained the same status when the Portuguese colony was returned to China on Dec. 20, 1999.

Qian’s diplomatic career started in 1955 when he worked in the Chinese Embassy in Moscow. Fluent in Russian and English, Qian is remembered for helping break the thaw in bilateral relations between China and the then-Soviet Union and later Russia in the 1980s and early 1990s.

He wrote to then-Russian Foreign Minister Andrey Kozyrev in December 1991 informing the country of China’s recognition of Russia as a sovereign state, according to an autobiography Qian published in 2003.

He visited Moscow in November the following year to meet with President Boris Yeltsin, which paved the way for a groundbreaking visit by Yeltsin to China a month later.

Qian also met with then-Iraqi President Saddam Hussein in November 1990 at a time when tensions were high in the Gulf region after Iraq’s occupation of Kuwait. But China’s mediation failed to prevent a full-blown war against Iraq led by the United States in 1991.

Qian was rarely seen in public after he retired as dean of Peking University’s School of International Studies in 2005.