Housing Restrictions Stepped Up in Key Cities in Beijing-Tianjin Area

By Pan Che and Wang Jing 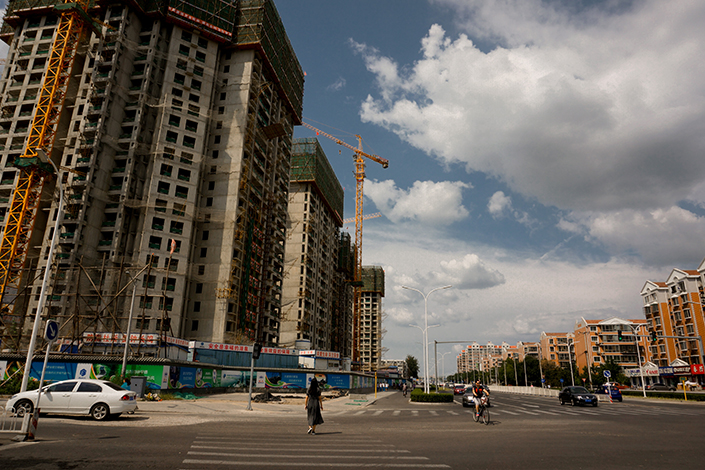 Housing construction is visible in the Tongzhou district of southeast Beijing in August 2015. The district said Tuesday it will form a joint working group with two nearby cities — the Wuqing area in Tianjin and Langfang in Hebei province — to crack down on property speculation across the three areas and on real-estate agencies that have been involved in irregular promotional activities. Photo: Visual China

Chengde, a third-tier city 230 km north of Beijing, published new rules Monday stipulating that nonlocal buyers are allowed to resell their new homes only two years after they receive the property deed — a restriction mainly targeting speculative buyers from outside areas. Nonlocal new-home buyers in the Baigou district of Baoding, a city near the Xiongan New Area, have to wait five years to resell their residences after receiving the property deed.

Public documents reviewed by Caixin showed that more than 20 small and midsize cities across China have mapped out similar restrictions since mid-March. Most of these cities require owners to hold on to their new property at least three years after the initial purchase. Currently, Chinese new-home buyers must wait up to two years to obtain property deeds after a purchase, which means the period for newly purchased homes to change hands could be even longer.

Hebei province published guidelines last week aimed at cooling housing prices in key cities surrounding the Beijing-Tianjin area after curbs on housing purchases in Beijing resulted in a spillover effect of potential buyers scrambling to buy properties in neighboring cities where restrictions are still lax, according to the state-run Xinhua News Agency.

The Tongzhou district, in eastern Beijing, also said Tuesday it will form a joint working group with two nearby cities — the Wuqing area in Tianjin and Langfang in Hebei province — to crack down on property speculation across the three areas and on real-estate agencies that have been involved in irregular promotional activities, such as spreading misleading information to shore up housing prices.

Prices in Tongzhou district have risen rapidly over the past seven years, especially after the Beijing municipal government decided in 2015 to relocate some of its functions to Tongzhou, in a bid to tackle the big-city problems plaguing the Chinese capital, particularly heavy traffic congestion and air pollution.

Data from China Index Academy, a property data provider, showed that even as China tries to cool property frenzies in major cities by tightening a number of restrictions, the prices did not trend downward immediately in key cities across the country in April.

A prospective homebuyer in Guangzhou said he visited several developments in April and found that few developers intended to lower prices, despite a declining number of potential buyers.