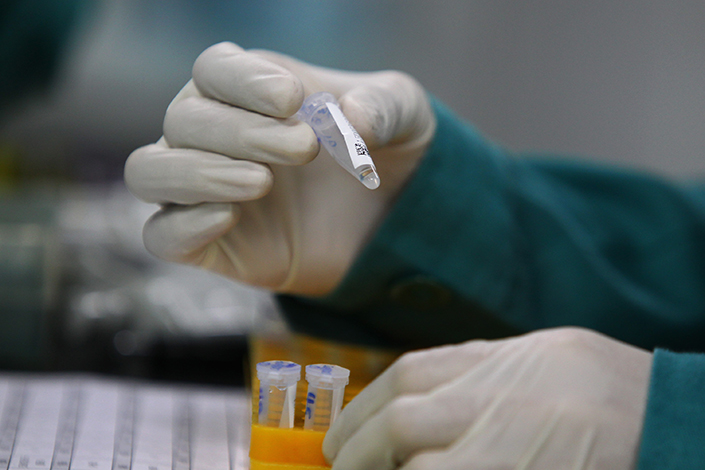 A technician checks the information on a DNA sample in a laboratory of Huada in Yantian, Shenzhen, on July 1, 2015. Photo: Visual China

BGI’s plan to raise 1.73 billion yuan ($251 million) on the Shenzhen Stock Exchange’s Nasdaq-style ChiNext board was given the green light after a meeting Wednesday with the China Securities Regulatory Commission (CSRC), according to the CSRC website.

BGI, the world’s largest provider of genome sequencing services, which is responsible for establishing China’s first national gene bank, made profit of 350 million yuan in 2016, up 28% from a year earlier, according to its prospectus. Some of its largest clients include state-owned China National Tobacco Corp. and the University of Oxford.

But its path towards an IPO was not smooth. The company long aspired to debut on a bourse, but previous plans to list on the Nasdaq and Hong Kong exchanges were hindered by China’s foreign-investment regulations, which forbid the use of foreign capital in “applications and research in human stem cells, gene diagnosis and treatment.”

Its IPO application with the CSRC was suspended last October due to incomplete documentation, but went forward later. BGI said the mistake was related to an agent who handled the case quitting his job, forcing the company to suspend its application process due to relevant rules.

The company plans to use the funds it will raise from the stock market in projects such as upgrading its precision medicine platform and building a genomics research center.