By Chen Mengfan and Song Shiqing 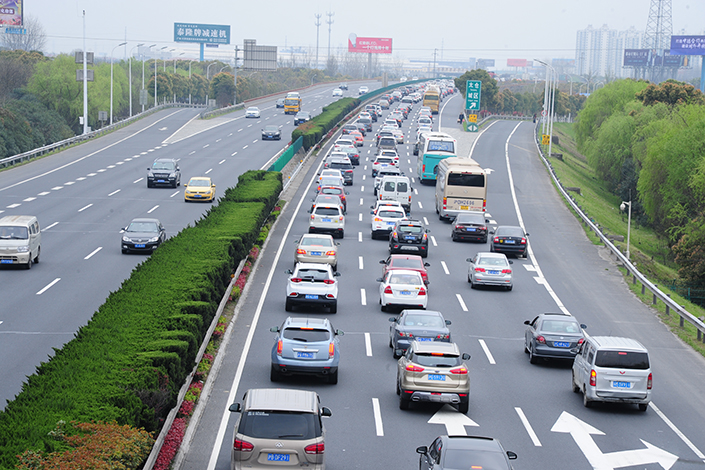 In a routine briefing on Thursday, Sun made the remarks when responding to a question about recent comments from the German Minister of Economic Affairs and Energy that China’s market is not truly free, especially in the auto industry.

German carmakers were forced into joint ventures to gain a foothold in Chinese market, while Chinese companies were able to operate abroad, Brigitte Zypries said on May 14, adding that unless Beijing guarantees more on free trade and fair competition, Germany would not sign a joint trade statement at China’s Belt and Road Forum. To date, Germany hasn’t signed the statement, according to a list published on May 16 by the official Xinhua News Agency.

In 2015, China updated a fundamental legal document regulating foreign investment, reducing the number of industries in its guidance catalogue that are restricted for foreign companies to 15 from the previous 43.

Sun disclosed that a revised version of the catalogue would soon take effect. Besides the auto industry, the guidance will offer more access for foreign companies in the services sector and the mining industry, and reduce the number of restrictive measures from 93 to 62, government-run news site China.org.cn reported.

“German auto companies have been one of the largest beneficiaries of China’s opening up, and have earned substantial returns,” said Sun.

Chinese investment to Germany has grown rapidly in recent years, with Chinese investors spending a total of 11 billion euros (84.8 billion yuan) in Germany on 281 projects last year, a record high that has surpassed the value of German investment in China for the first time, data from the German government showed.

But Chinese investment in Germany was still in its initial stage, as the amount made up only 1% of the total foreign investment Germany absorbed, Sun added.

“We hope the German government could provide a better legal environment and facilitation measures for Chinese investment, and China would like to see German companies expand their investment in China,” said Sun.

In an interview with Caxin last Friday, German’s ambassador to China Michael Clauss called for more equality in bilateral trade, urging China to open up more of its market to form an equal partnership.