By Lin Yunshi and Song Shiqing 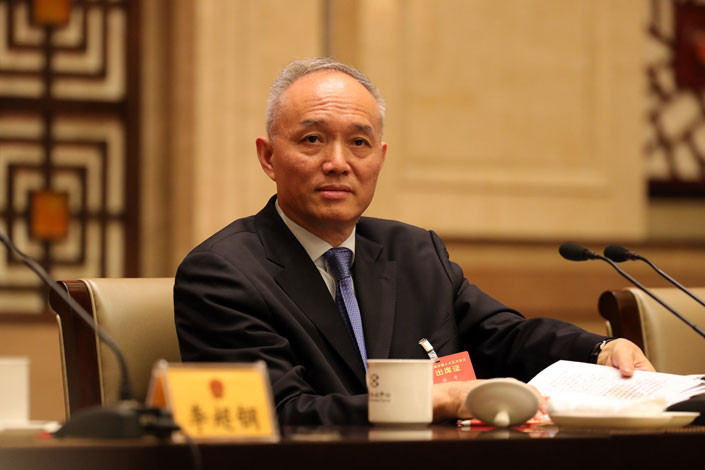 The Communist Party of China Central Committee has appointed Beijing’s mayor Cai Qi as the city’s party chief, replacing 69-year-old Guo Jinlong, who takes the post as deputy director of the Central Commission for Guiding Ethic and Cultural Progress.

Cai was elevated quickly, with five promotions in three and a half years. In 2013, he served as the vice governor of Zhejiang province for only four months before he was promoted deputy head of the general office serving the National Security Commission in 2014, the official Xinhua News Agency reported on Saturday.

In 2015, he was promoted to ministerial level at the party’s security body. He won another major promotion in late October 2016, assuming the role of acting mayor of Beijing, and he was elected the mayor in January this year.

While serving in Beijing, he publicly responded to several hot topics that drew extensive negative media coverage for the capital, including heavy smog and soaring house prices.

Last December, he promised that house prices in the capital would not rise in 2017, one of the world’s least affordable cities.

In January, he set out the capital’s most ambitious plan to tackle air pollution to date, with a target to cut concentrations of PM2.5 — fine particles most hazardous to human health — by 18% in 2017.

Cai runs a blog on the Caixin website and is also a regular posts on Weibo, China’s equivalent of Twitter. Some of his blogs were compiled into a book entitled “The Glass House” and published in 2011.

“For government officials, a blog is an incomparable platform to communicate with people, observe public feelings and understand public opinions, ” Cai wrote in his book.