By April Ma and Liao Yuanxin 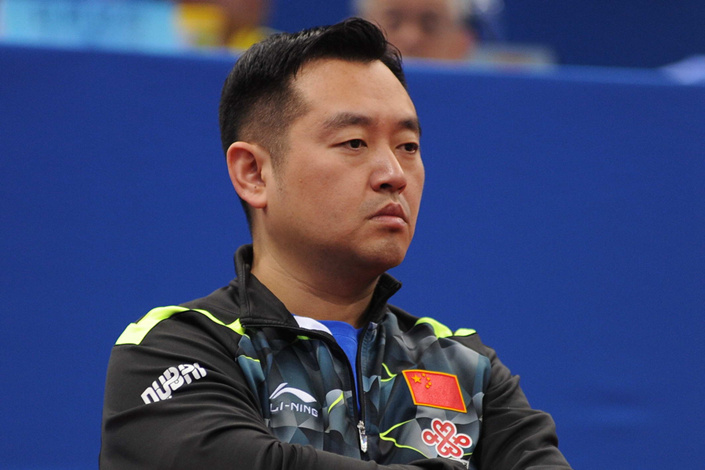 (Beijing) — A debt racked up at a Singapore casino has called a time-out on the career of Chinese pingpong hero Kong Linghui, the current chief coach of the national women’s table tennis team.

Often dubbed the “Prince” of China’s most widely played and strongest competitive sport, Kong is being sued by a luxury Singaporean hotel for failing to fully repay a S$1 million ($721,300) credit line taken out from the hotel’s casino operator two years ago.

Following media reports on Monday, Kong, who bagged Olympic gold medals in both the Atlanta and Sydney Olympics, was sent home by China’s Table Tennis Association on the second day of the world championships currently being held in Germany.

The association said his actions were a severe breach of the code of conduct for Chinese civil servants, which prohibits gambling of any kind, and led to him being temporarily relieved of his coaching duties.

But the celebrated champion challenged the allegations on Weibo. He said he put down his personal information on behalf of relatives to take out the S$1 million credit line.

Kong said he was merely a spectator at the casino and did not take part in gambling himself, adding that he was unaware of the unsettled debt until he heard news of it in the press.