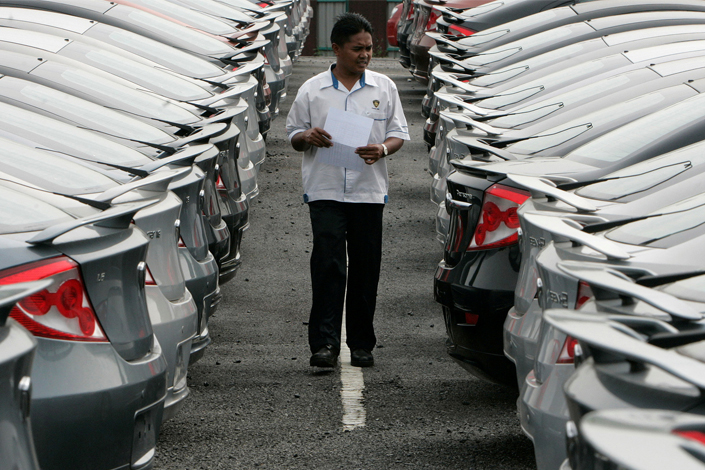 The company said it was slashing prices of all its vehicle brands except the CS95 and the Linmax launched in May. The cuts range from 4,000 yuan to 18,000 yuan for different models. But some analysts warned the move comes too late for the ailing carmaker.

Changan was China’s highest selling domestic car brand from 2014 to 2016, but the company saw its profit growth drop to 3.3% in 2016, only one-tenth of the level seen in 2015. Sales remained flat in the first three months compared to the same period last year and plunged 58% in April, data from the China Passenger Car Association (CPCA) showed. The automaker was slow to innovate and its flagship models were too old, an unnamed source familiar with the company said in explaining possible reasons for the slowdown.

The Chongqing-based company is under huge inventory pressure. Its dealerships need 2.5 to 3 months to sell out their inventories, well above the red line of 1.5 months, causing cash flow troubles for dealers, according to a report by Industrial Securities Co.

Companies need to be nimble when cutting prices when demand is sluggish. It is similar to running out of a building on fire. But there is little effect if you move slowly, the analyst told Caixin, speaking on condition of anonymity.

Other Chinese auto manufacturers like Great Wall Motors Co. Ltd. and foreign rivals like Audi AG have rushed to slash prices to push inventories since April.

But Geely Automobile Holdings Ltd., which saw a 126% jump in net profits in 2016 owing to the runaway popularity of sport utility vehicles (SUVs), said it would not join the price war.

The company’s growth momentum seems even stronger this year, with total car sales surging 98% in the first quarter, data from CPCA showed.

In an interview with Caixin last Thursday, Geely’s chairman Li Shufu talked about his plans for Geely’s newly announced deal, which saw the Chinese company buy a major stake in Malaysian carmaker Proton and its sports car subsidiary Lotus.

“We have worked out a framework for Proton’s future development, but whether Proton and Lotus will enter the Chinese market is still unknown,” Li said.

Li made his reputation in the global market by restoring the unprofitable Swedish car brand Volvo Cars to profit, despite industry-wide skepticism. Geely’s high-profile takeover of Volvo Cars in 2010 is the largest foreign acquisition by a Chinese auto company so far.

Geely’s rescue plan for Volvo largely relied on building a manufacturing plant in China, and boosting sales in the Chinese market. Proton is also highly indebted, with the Malaysia government injecting 1.25 billion ringgit ($308 million) to keep it afloat in 2016. Li did not offer details about his plans to turn around Proton.