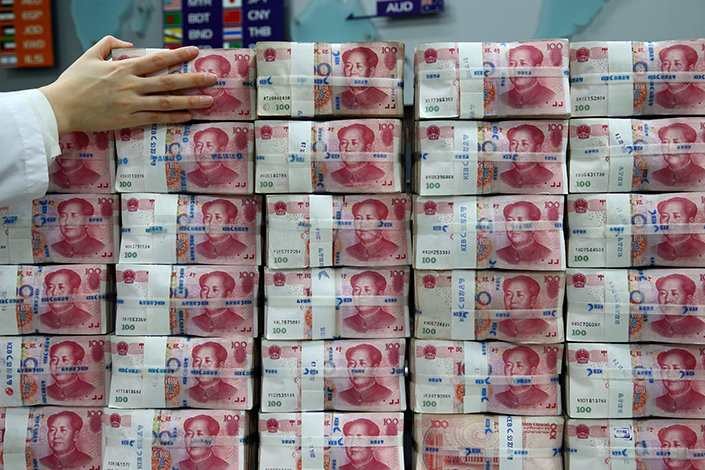 (Beijing) - The Chinese yuan extended its gaining streak against the U.S. dollar Thursday, as China’s central bank continued guiding the currency higher in the market.

Earlier Thursday, the onshore yuan hit a new seven-month high of 6.7830 against the dollar, after the People’s Bank of China (PBOC) raised the daily reference rate that guides trading in the spot market by the most since Jan. 6, according to the China Foreign Exchange Trade System (CFETS). The onshore yuan closed at 6.8061 per dollar Thursday.

The offshore yuan, on the other hand, continued its ascent and hit 6.7229 against the greenback earlier Thursday. The offshore yuan has surged sharply in recent days amid a liquidity crunch of the yuan outside of China, according to bankers in Hong Kong, one of the yuan’s offshore trading centers.

Some traders and analysts added that the PBOC’s move to bolster the yuan could be in part to warn off investors who may bet against the yuan following Moody’s Investor Service’s rare cut of China’s credit rating last Friday.

The latest strengthening of the yuan has prompted some investors to upgrade their outlook of the currency. Among them is UBS AG, which said Thursday it now expects the yuan to strengthen to as much as 7 per dollar, stronger than its previous estimate of 7.15 per dollar.

Last week, the CFETS said it tweaked the way it calculates the daily reference rate for the yuan. By adding a "counter-cyclical adjustment" factor in the formula, the central bank likely has more power to counter market sentiment betting against the yuan, Caixin reported earlier. The central bank did not elaborate on the new formula.