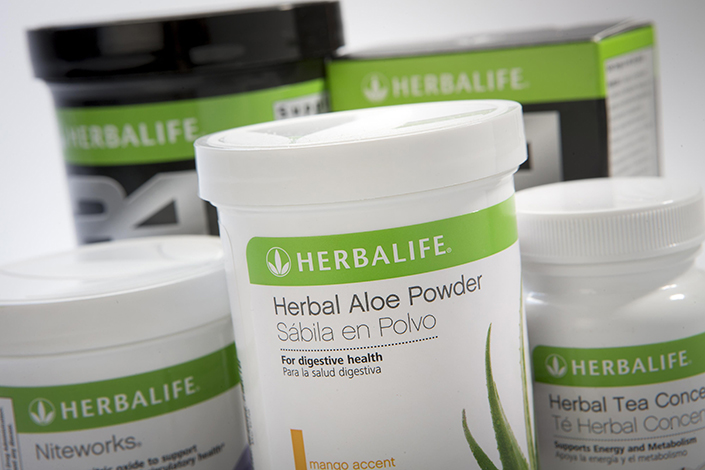 (Beijing) – Global health-product makers have been increasingly benefiting from a richer and aging China, with several major companies reporting that at least 20% of their incomes were generated from the country’s growing consumer market.

Many of the companies have relied on online and direct selling – a marketing strategy in which products are sold straight to consumers, often person-to-person, without a fixed location, but which Chinese regulators have deemed prone to abuse.

U.S.-based USANA Health Sciences Inc. – a producer of nutritional products and dietary supplements – saw the Greater China region contribute more than half of its sales worldwide in the latest quarter, ending April 1, which alone reached $14.7 million, up 12.6% from a year before.

“The most important clarification is that our China business continues to operate as it has historically and in the ordinary course of business,” said USANA Chief Executive Kevin Guest at a briefing last month.

USANA has also built a $40-million factory in Beijing, which has been fully operational since last October, turning out 1.2 billion supplement tablets each year for the China market, almost the same output level as from its headquarters plant in Salt Lake City.

Its American rival Nu Skin Enterprises Inc. said that 30% of its revenue in the first three months of the year came from the Mainland China market, where revenue grew 26% to $150 million.

Other nutrition and supplement brands such as Herbalife, Blackmores and Swisse all said that sales from the Greater China region accounted for 20% of their performances worldwide.

The focus on health and nutrition products in China has grown in tandem with the country’s increasing average age and average income level, making it an ever-attractive market for domestic and foreign health-food companies.

Consultancy PricewaterhouseCoopers (PwC) estimated that the market will increase by 100 billion yuan ($15 billion) in the next four years.

Despite these trends, however, Herbalife warned in its latest financial report that “uncertainties relating to interpretation and enforcement of legislation in China governing direct selling and anti-pyramiding” might put its booming business in jeopardy.

Almost all major health-food companies rely on direct selling. But China has been restrictive of the business model, forbidding multi-level marketing, a type of direct selling allowing salespersons to earn money by recruiting new sales-members, which the government argues is susceptible to “pyramid scheming.”

Any company that has obtained a license from the Ministry of Commerce can make single-level direct sales – selling directly to a consumer. Since 2006, when American personal care brand Avon secured the first license, there have been 85 direct-sales companies approved in China, with the majority being foreign personal-care sellers.

But market observers said that almost all the licensed firms are still doing multi-level marketing, with regulators turning a blind eye. Yet the possibility looms that the government will carry out unexpected crackdowns.

In 2014, the state-owned People’s Daily, whose stance has often been taken as the government’s position, published three articles targeting Nu Skin, saying it was lying about product quality and resembling a pyramid scheme, which caused its profit to halve in 2014 from a year earlier. Nu Skin said in an open letter that certain salespersons had violated the rules and that it would temporarily stop taking in new members.

For those that haven’t obtained a license – for example, Swisse – they either turn to Chinese direct-sales partners or promote their products online. Swisse has launched stores on all major online marketplaces, including Alibaba’s Tmall, JD.com, and even messaging app WeChat, which features a shopping function.

Health foods have been one of the three major product sectors that have driven the cross-border e-commerce boom in China – with the other two being makeup products and baby-care products, according to research by Alibaba.