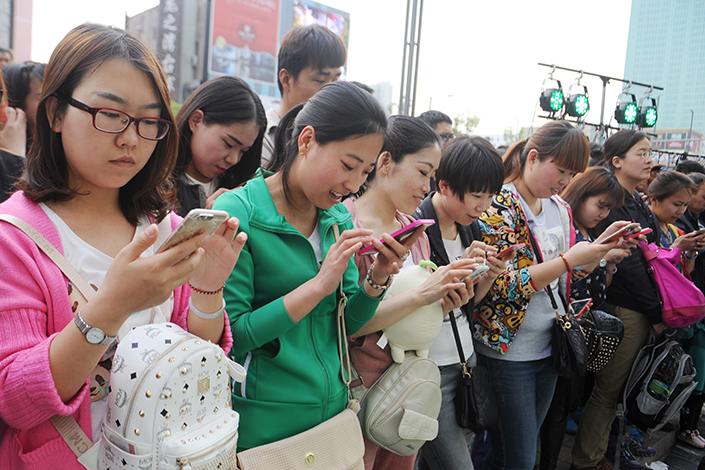 (Beijing) — A new generation of 5G wireless networks is expected to directly contribute 6.3 trillion yuan ($927 billion) to China’s economy by 2030 as a boom in demand for high-speed services creates new companies and millions of jobs, and generates huge sales of networking equipment.

China is expected to start rolling out its commercial 5G networks in about 2020 following a recent announcement by leading carrier China Mobile Ltd. that it would start testing the technology next year.

The technology is up to 20 times as fast as current 4G networks, and should make applications like video streaming and the downloading of large files even faster. The high-speed technology is also expected to feed an emerging generation of smart devices that can talk with each other and their owners, and power a new host of functions and apps that feed off big data.

Within its nearly $1 trillion economic contribution, the new technology is expected to create 8 million jobs and economic added value of 2.9 trillion yuan by 2030, according to a report released on Tuesday by a research arm of the Ministry of Industry and Information Technology, China’s telecom regulator.

The report said the build-out of 5G networks by China’s main three wireless carriers and individual enterprises for their internal networks is expected to result in a massive spending spree of more than 520 billion yuan. That spending will begin in earnest in 2020 when carriers and individual enterprises are expected to spend 274 billion yuan before spending starts to recede in 2024.

The build-out will also lead to an explosion in new services, which are expected to be worth 2.6 trillion yuan by 2030, or nearly half of the total figure of 5G’s economic contributions by that time, according to the research report.

China is the world’s largest mobile market, with one wireless account for nearly all of the nation’s 1.3 billion people. The nation was a relative latecomer to current 4G technology, launching services in 2014, or as much as three to four years later than major Western markets. Part of the delay was caused by Beijing’s desire to develop homegrown technology that it could sell to other developing markets, which required more time for testing.

Since then, China has largely abandoned that strategy and instead has joined the organization that helps to develop unified global standards in its own attempt to influence those standards. That effort bore some of its first fruit late last year, when a China-backed technology was selected as a core part of the global standard for 5G.