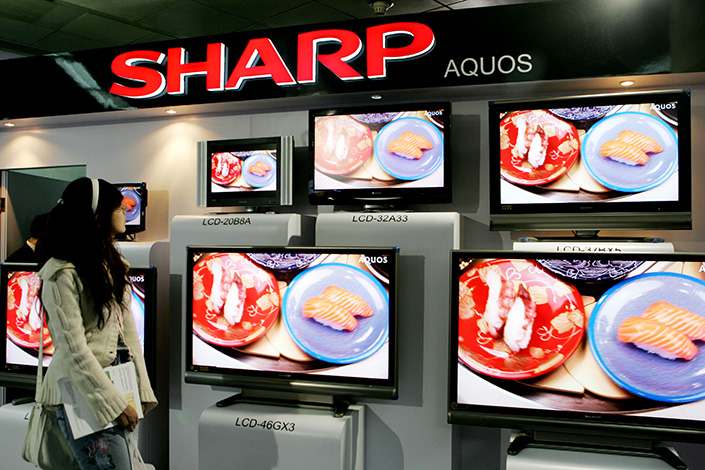 Sharp Corp. has dropped a lawsuit against Hisense Co. for allegedly misusing a trademark contract in the U.S. that it said devalued its brand. Above, Sharp televisions are displayed at an information and technology exhibition in Beijing in 2008. Photo: Visual China

(Beijing) – Japanese electronics giant Sharp Corp. has dropped a lawsuit against Hisense Co. for allegedly misusing a trademark contract in the U.S. that it said devalued its brand, the Chinese TV producer told Caixin.

Hisense in 2015 acquired Sharp's TV factory in Mexico for $23.7 million along with a license to sell televisions in most North and South American regions, including the United States, using the Japanese firm’s trademarks for five years.

But Sharp, which was taken over by Taiwanese manufacturer Foxconn Technology Group in 2016, is now seeking to pull the plug on the deal.

In a complaint filed with a San Francisco court that was published last week, the leading LCD TV-maker accused Hisense of selling “shoddily manufactured, deceptively advertised” televisions in North and South America under the Sharp name, which it says has tarnished Sharp’s reputation and led to an overall perception of the brand as being “cheap.” It estimated the alleged damages to total at least $100 million.

However, Hisense told Caixin that Sharp withdrew the suit on Friday, adding that the latest action by the Osaka-based company “proved the basic rule of game” that spirit of contract is the soul of the business world.

Sharp officials did not respond to a Caixin request for comment on Friday.

Hisense claimed that Sharp’s decision to terminate their agreement was led by Hon Hai Precison Industry Co., also known as Foxconn, which took a 66% controlling stake in Sharp in August and is actively looking to leverage the Sharp brand to boost worldwide growth in its consumer electronics.

Sharp proceeded to take a series of “destructive measures” against the brand’s business in the U.S., cutting off supplies of LCD screens, mixing screens for the Chinese market with those usually provided to the U.S. market, and sending letters demanding an end to the branding license, the Hisense executive said.