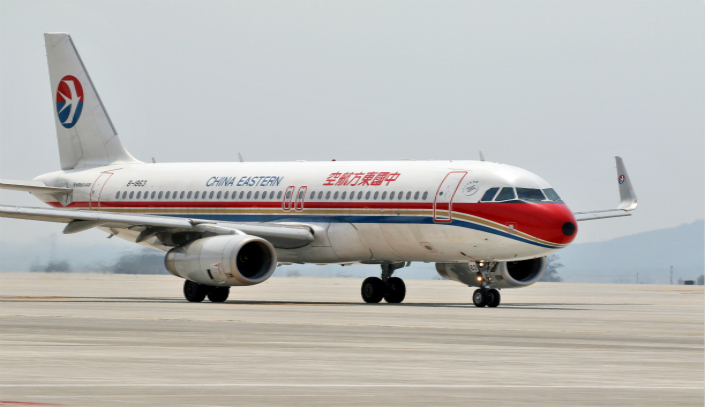 An China Eastern Airlines Airbus A320 taxis at Yantai Penglai International Airport in Yantai, Shandong province. The airline is selling a major stake in its cargo unit. Photo: IC

China Eastern Air Holding Co., owner of one of the nation’s top airlines, said it will sell a major stake of its cargo unit to four outside investors in the prelude to an eventual separate listing under Beijing’s pilot program to bring private money into big state-run firms.

The four new partners will collectively hold 45% of the cargo unit, Eastern Air Logistics, which will become a separately operated air cargo specialist, China Eastern Airlines Corp. Ltd. said at a ceremony on Monday in Shanghai. Among the new investors, Legend Holdings Corp., parent of computer giant Lenovo Group Ltd., will be the largest stakeholder with 25% share.

Singaporean warehouse operator Global Logistic Properties Ltd. will be the next-largest with a 10% stake. Greenland Financial Holdings Group and logistics operator Deppon Logistics Co. Ltd., both based in China Eastern’s hometown of Shanghai, will each buy 5%. Another 10% of the unit will be purchased by its own core employees.

No financial terms were given for the deal. But China Eastern said that following the introduction of new investors and their capital, Eastern Air Logistics’ debt-to-assets ratio will drop to about 75% from a previous rate of nearly 88% at the end of last year.

The deal will make China Eastern the first company from the aviation sector to take on such major private investors for one of its units under a high-profile pilot program being led by Beijing. The program is aimed at bringing private investment into big state-owned enterprises with the hope of making the latter more market-oriented and also providing them with the strategic resources to help them expand.

“The goal is to strengthen Eastern Air Logistics’ capital, bring order and balance to its structure … make it more market-oriented in line with the top high-end world rivals, which can let it stand shoulder-to-shoulder with names like FedEx, UPS and DHL,” China Eastern said in a statement. “Through this mixed-ownership reform, we hope to eventually create a new global leader in the logistics sector.”

China Eastern also outlined three stages to the reform, starting with a share reorganization that paved the way for the second step with the newly announced introduction of new investors. The earlier overhaul saw the listed China Eastern Air Holding Co. sell the cargo unit to its state-owned, unlisted parent in February, paving the way for separate development of the unit. A third step will see the unit make preparations for an eventual public listing, though no timetable was given.

China has periodically experimented with various tie-ups between its big state-owned enterprises, the legacy of its socialist past, and private sector rivals. Nearly all of those tie-ups have involved joint ventures and sales of small equity stakes. China Eastern has been involved in both, including its formation of a Hong Kong-based budget carrier with Australia’s Qantas Airways. In 2015, China Eastern also sold 3.55% of itself to U.S. carrier Delta Air Lines for $450 million.

But most of the earlier generation of tie-ups failed to help the big state-run companies improve their core operations, a reality being addressed by the new pilot program. That program is gaining urgency as Beijing gradually opens many of the sectors that were once monopolized by the big state-owned firms to private investment.

One of the earliest companies to experiment with such mixed-ownership reform was state-run oil refining giant China Petroleum & Chemical Corp. (Sinopec), which in 2014 sold 30% of its retailing operation to 25 investors for 107.1 billion yuan, or $14.1 billion at the time.  China Unicom, the nation’s second-largest wireless carrier, has also been selected for participation in the program and is expected to announce its own similar tie-up in the next few months.