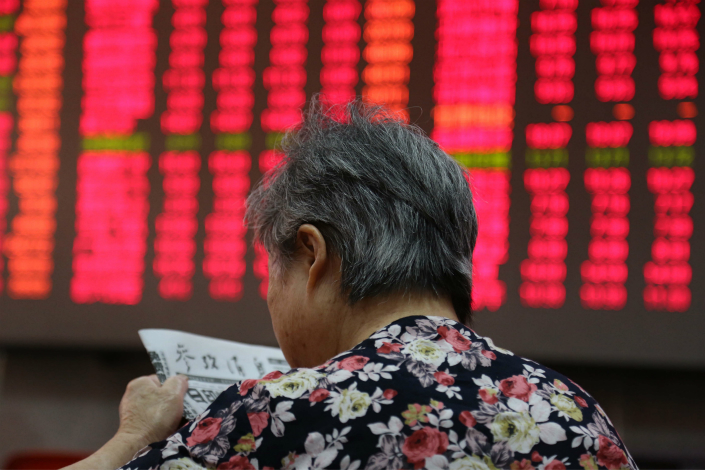 The inclusion of A-shares in MSCI’s widely traded benchmark indexes is a milestone in China’s financial market, but only 5% of the market capitalization of the entire A-share universe will be added for now. Photo: IC

(Beijing) — The much-anticipated, first-ever inclusion of A-shares in MSCI’s widely traded benchmark indexes is a milestone in China’s financial market. Having said that, only 5% of the market capitalization of the entire A-share universe will be added for now, suggesting global fund managers might still have reservations about investing in onshore Chinese equities.

Here are five things you need to know about this inclusion.

Why has China been pushing MSCI to include A-shares in its global indexes?

About $11 trillion of institutional funds around the world are allocated based on MSCI indexes. Being part of the “global big league” will likely lure stable capital flows to China from some of the world’s biggest asset managers, pension funds and hedge funds.

An MSCI inclusion also means these institutional investors now find some A-shares investable by their standards. It is a much-needed pat on China’s back after years of painstaking financial reforms, as well as a recognition that will help propel the country toward a more-open market.

Why did MSCI say yes now, after three years of saying no?

The investment environment of the A-share market has become much friendlier to foreign investors over the years. Chinese regulators have alleviated some of the major concerns among global investors, particularly over the repatriation of invested funds and the rules governing stock-trading suspension. The stock-trading links between Hong Kong and the mainland’s two bourses are cited by MSCI as a key reason behind the inclusion. Also, China’s $7-trillion stock market, the world’s second-largest after the U.S. by market capitalization, is too big to stay excluded from some of MSCI’s most-followed benchmarks.

However, the inclusion of only 222 companies reflects that the global investment community might still have reservations about investing in Chinese equities. China must continue to reform its market in order to match international norms before its index weighting goes up meaningfully from the current 0.73%.

What does an inclusion mean for foreign investors?

MSCI-tracking investment products will need to reallocate their assets to accommodate the new benchmarks. The index compiler estimates up to $18 billion of fresh funds will flock to the A-shares “to start with.” Goldman Sachs, on the other hand, projects $210 billion over the coming five years. This inclusion also means a lot more research will be needed for stock-picking, as there are now 222 more companies to choose from.

What does an inclusion mean for Chinese stock market?

Initial inflows could be moderate, as the first-wave inclusion is small relative to the entire Chinese market, and some of those companies already have their Hong Kong-listed H-shares tracked by MSCI. Also, global fund managers will have almost a year to adjust their portfolios.

Local Chinese companies are likely subjected to more scrutiny from foreign investors, which could help improve corporate governance and efficiency of the market. These will help raise domestic markets further to meet international standards.

What will happen next?

Chinese regulators might take this opportunity to speed up reforming the overleveraged financial market. Over the medium term, MSCI said up to 450 A-share companies could be added to its index family depending on the improvement of China’s investment environment.

Other international index compilers may start including A-shares in their benchmark gauges. However, the future impact on the market could be limited as most global portfolio investment managers tend to track only the major ones like MSCI and the FTSE. The British index compiler already launched two transitional emerging markets indexes in May 2015, in which A-shares have a 5% weighting.